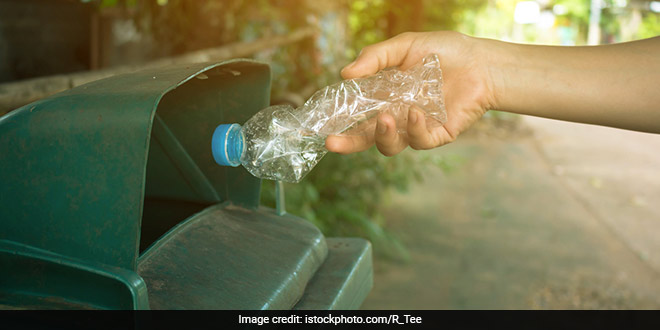 New Delhi: Waste management has become part of students’ daily duty in over 403 schools across the coastal state Goa. Apart from studying the course lessons, the school students are also studying the norms of effective waste management by lending a helping hand to the Goa government’s drive for proper waste segregation and collection of waste. Thousands of school students have become ‘foot soldiers’ and are segregating waste at source and disposing it properly to ensure that waste doesn’t end up in landfills, but is processed and reused. With the help of these students, the state-run body Goa Waste Management Corporation (GWMC) has been successfully collecting around 17 tonnes of segregated waste from the schools every month, which otherwise would have been left scattered around.

To make Goa a garbage-free state, the high school students are playing a pivotal role in the initiative by meticulously segregating the garbage and disposing it in bins, said one of the officials of the Goa Waste Management Corporation.

According to the officials, the waste collected by the school students gets processed at the waste treatment plant at Saligao, near Panaji. Operated by Hindustan Waste Treatment Pvt Ltd (HWTPL), the plant currently treats more than 100 tonnes of garbage, and is all set to expand its capacity due to an increase in the inflow of garbage from the tourism belt of north Goa.

“The inflow of garbage has been increasing, especially during the peak tourism season. There is awareness about garbage collection and segregation which has also led to more panchayat bodies requesting us to treat their waste,” said Sanjith Rodrigues, Managing Director, Solid Waste Management Corporation.

In each school, a nodal officer, who is essentially a teacher from the same school, leads the waste collection drive. They educate the children about the importance of segregating the waste at source, and how they can contribute towards this eco-friendly initiative by simply disposing of the waste in the right bins.

We at GWMC have introduced the concept of ‘four bins’. The separate bins kept in the school premises help students to segregate the waste accordingly. They put the glass and metal waste in one bin, paper and cardboard in another, and the other two bins are for non-recyclable and plastic waste. Once the waste bins are full, the GWMC vehicle then collects the waste, highlighted the GWMC official.

This waste collection initiative which was started back in July 2017, didn’t see a good response initially, as GWMC was only able to collect 0.5 tonnes of waste per month. However, the GWMC puts in all its efforts to ensure that school students participated in this initiative wholeheartedly. They did awareness activities in schools to educate students to stop littering the waste around but to use the bins to dispose their waste responsibly.

Also Read: Dumping Garbage On The Streets In Trichy? Then Beware. The Civic Body Rolled Out A Spot Fine Vehicle For Violation Of Waste Management Rules

With time, the awareness about proper disposal of waste grew among students and more schools enrolled in the exercise. Notably, the amount of garbage collection also went up, which now stands at 17 tonnes per month.

When asked about what else is being done to ensure that students learn their waste management lessons properly, the GWMC official highlighted that efforts are being made to include topics related to garbage management, including ‘zero waste’, in the environment science syllabus for high school students.

The students should learn the simple thumb rule for ‘waste management’, which is to generate minimum waste at the first place, and if the waste is generated then it should be disposed properly so the government can extract the maximum practical benefits from the waste products, the official further added.

The GWMC has already submitted a draft of topics that could be a part of the syllabus, to the state-run Goa Education Development Corporation. The corporation wanted the curriculum to be included in all classes in schools and also in the Bachelors of Education (B.Ed) training course for teachers.