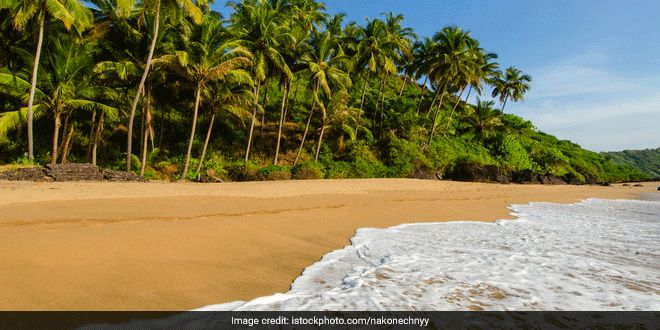 New Delhi: The beautiful land of sun, sand and beaches, Goa was slowly losing its charm because of the growing amount of waste generation, calculating to over 600 tonnes per day. Of this total waste generated each day, most of it is littered around by tourists (7 million per year) who often thoughtlessly throw away single-use plastics, which not only chocks the sea but is also turning into a major threat for fish species and other marine life. Understanding how badly plastic waste affects the environment, the coastal state of Goa has declared war on plastic pollution. From implementing the ban on plastic bags to deciding to minimise the use of environmentally hazardous plastic on different occasions including state functions and setting up garbage treatment plant and organic waste management facility, the tourist state through a number of actions and policies is curbing the plastic menace.

Also Read: Reduce, Reuse And Retune: That’s The Motto Of Montry Manuel, A Musician Spreading The Message Of Cleanliness Through Music

In May 2017, the Goa government decided to ban buying and selling of plastic bags below 50 microns (effective July 2017 onwards) to tackle the garbage and litter menace in public places. A fine of Rs 4,000 will be imposed on shopkeepers who violate the law.

This year, Chief Minister Manohar Parrikar on January 4 also made an announcement of putting a blanket ban on PVC (Polyvinyl chloride) based plastic from May 30, 2018. The government also decided to ban plastic packaging in the state from December 19, 2018 and punish those who litter.

The Chief Minister Manohar Parrikar has also shunned all kinds of plastic items from his life as well. From refusing to take flowers wrapped in plastic foil to discouraging plastic cups/bottles in the functions he attends, the Chief Minister has done it all.

Apart from its mission to be plastic free by 2022, Goa also aims to be a zero-waste state by 2020. To help it achieve that goal, the state has installed 100 compost sites across Panjim, Goa’s capital city, to treat organic waste.

The Goa Waste Management Corporation has also installed a 140-crore bio-methanation plant that generates around 7,000 units of electricity daily out of the waste at Saligao village. The capacity of the plant, which currently is 150 tonnes a month, would be increased up to 250 tonnes per month which can be further expanded to 300 tonnes per month.

The inflow of garbage has been increasing, especially during the peak tourism season. There is awareness about garbage collection and segregation which has also led to more panchayat bodies requesting us to treat their waste, said Sanjith Rodrigues, Managing Director, Solid Waste Management Corporation, told UN Environment.

“We knew when we proceeded with the plant that we would be getting mixed waste,” Richard Dias, General Manager of Hindustan Waste Treatment Pvt Ltd, which manages the plant, told UN Environment.

And, when it comes to landfills, Goa is already stretched. One of its big dumps where the waste of its capital city Panjim used to be thrown was closed in 2005 following a court’s order. Since then, the city has been forced to take up composting wet waste at various sites. However, managing these composting sites is still a challenge.

Goa has been consistently pushing the anti-plastic agenda across the state. Be it panchayat heads, civic workers, citizens or Chief Minister Manohar Parrikar himself, every stakeholder in the state is making an effort to distance themselves from everyday use of plastic.

Worried that the annual June-September monsoon season rain, which is the lifeblood of agriculture throughout the Indian subcontinent, will wash away the single-use plastics and other waste from the Goa beaches to the ocean, V-Recycle, a waste management company organized a number of beach clean-up drives. Over 25 citizen volunteers led by waste management expert Clinton Vaz from V-Recycle and Venkatesh Charloo, a scuba diving instructor who also regularly cleans up diving sites, collected over 3.5 tonnes of waste from the beaches in the past 2 weeks and sent it for recycling.

Furthermore, waste management has become part of students’ daily duty in over 403 schools across the coastal state Goa. Apart from studying the course lessons, the school students are also studying the norms of effective waste management by lending a helping hand to the Goa government’s drive for proper waste segregation and collection of waste. Thousands of school students have become ‘foot soldiers’ and are segregating waste at source and disposing it properly to ensure that waste doesn’t end up in landfills, but is processed and reused. With the help of these students, the state-run body Goa Waste Management Corporation (GWMC) has been successfully collecting around 17 tonnes of segregated waste from the schools every month, which otherwise would have been left scattered around.

Even Goa’s Roman Catholic Church also appealed citizens and priests to refrain from using decorative materials made from plastic and other toxic items to decorate graves.

In order to protect the beauty of Goa’s beaches, an agency named Drishti Marine, which provides lifeguard services, undertook an initiative to create public awareness on cleanliness and the management of coastline in the state. Tagged as “Tera Mera Beach”, the campaign ran for 150 days from mid-November with an aim to create mass awareness among people about why it is necessary to protect and safeguard the beaches of India.

This unique beach cleanliness initiative was rolled out across the popular beaches of Goa – Baga, Miramar, Calangute, Candolim and Colva, and successfully convinced at least 25,000 tourists to contribute to a clean Goa mission, by simply following one thumb rule – throw litter where it belongs – in bins.