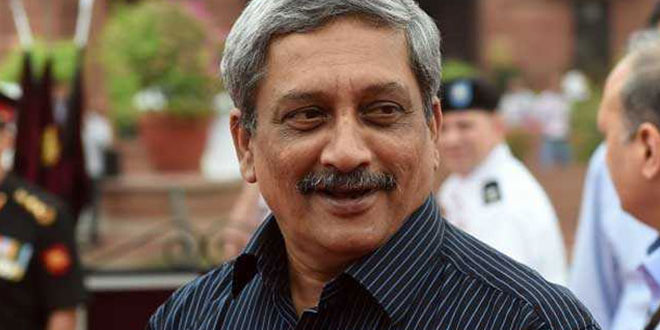 New Delhi: Goa Chief Minister Manohar Parrikar, while asserting that the state government would provide toilets to all its villages as part of the Open Defecation Free (ODF) scheme, said that villages within wildlife sanctuaries needed to be tackled differently. He informed that the government would be constructing 70,000 toilets in the state, adding that it was unacceptable that women in some villages had to defecate in the open.

Mr Parrikar informed that there were a few villages in wildlife sanctuaries which were not covered under the general scheme of making Goa ODF as these were legislated by the Wildlife Protection Act. Goa has a total of six wildlife sanctuaries containing many villages that are yet to be rehabilitated.

I dont consider the situation at the villages in these wildlife sanctuaries to be at par with that of the average village. If I want to construct a toilet in a wildlife sanctuary, then permission under the Wildlife Protection Act has to be sought, said Mr Parrikar.

There are 25,000 houses which have no proper toilets, excluding the ones in wildlife areas, he said. Responding to a question on lack of electricity and basic facilities in some villages which are within the boundaries of wildlife sanctuaries, he said that there were problems in dealing with such issues as they had to be dealt through the Wildlife Protection Act.

He said that some villages had been provided with solar power as well electricity through cables.