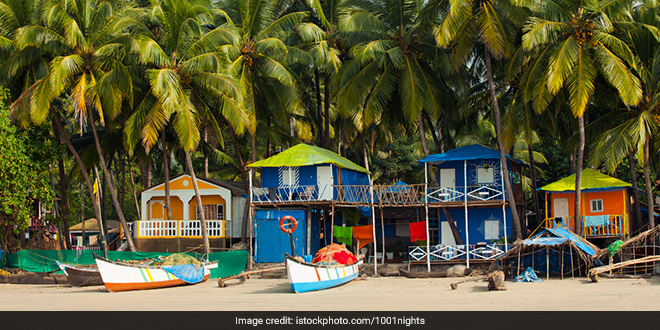 Panaji: Fearing the spread of COVID-19 in rural areas of Goa, several villages in Sattari and Bicholim talukas have decided to remain under lockdown for at least four days as a precautionary measure. Keri village in Sattari, which borders with Karnataka, called for a lockdown on Tuesday and it was followed by Morlem where a bandh was observed, said Laxman Gawas, a member of the Keri village panchayat. Shops were closed in Pale village in Bicholim taluka and Sankhalim Assembly constituency as well. Incidentally, Sankhalim constituency is represented by Chief Minister Pramod Sawant.

Lockdowns will be observed in Keri and few other villages for at least four days, Mr. Gawas said. Meanwhile, state health secretary Neela Mohanan on Wednesday said although there was no need for such self-imposed lockdowns, the government had reports that some villages were imposing restrictions. State Health Minister Vishwajit Rane had on Tuesday said that a few cases of COVID-19 were detected in Sattaritaluka and testing has been initiated in villages to reduce the risk of community transmission. In a press statement, Minister Rane said,

As requested by Sattari MLA Pratapsingh Rane, COVID-19 tests will be conducted in certain areas of Morlem panchayat, including Shiroli and Guleli.

The minister said the situation in Sattari and Usgao was being monitored and all possible measures were being taken to contain the spread. Meanwhile, a few local public transport unions have also suspended their services fearing the spread in the interiors of the state.

Usgao Bus Owners Association, an organisation representing private buses, has decided not to operate their fleet for a few days. Santosh Manjrekar, executive committee member of the association said,

The decision was taken after we realised that coronavirus has reached as far as Usgao, a village near Ponda town.

Buses originating from Ponda and plying via Usgao will not be operated for a few days to curb spread of COVID-19.

Related Topics:
Coronavirus Goa
Up Next