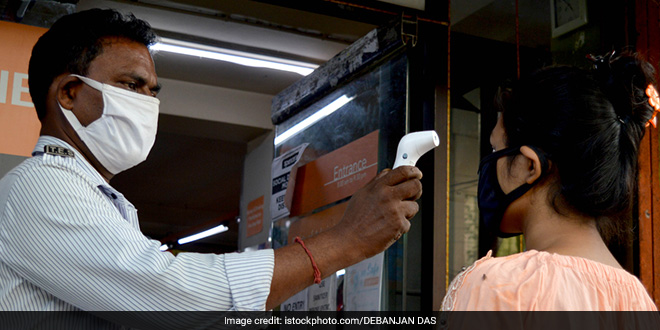 New Delhi: The World Health Organization has recently said that the coronavirus pandemic situation was worsening around the globe and warned against complacency as over seven million people have contracted the virus globally since the beginning of the pandemic and nearly four lakh have died. In India also the coronavirus tally has soared to more than 2.27 lakh cases (2,76,583), as on June 10, with 9,985 new patients recorded in the last 24 hours. However, the number of those who have recovered overtook the active COVID-19 cases in the country for the first time. A total of 1,35,206 patients have recovered so far while nearly 1.33 lakh are still taking treatment for the highly contagious disease.

It is definitely an encouraging thing as the country has really been struggling to combat the pandemic. We are actually lucky that the SARS-CoV-2 has remained less effective and less virulent in the country as compared to countries in Europe and the United States of America. In fact, almost all countries in South-East Asia are experiencing the same less effective and less virulent COVID-19 virus. The reason is that these are developing countries which have a high density of population also has less than perfect hygiene practices. The little bit unhygienic practices like children playing in the mud, eating street food, being less careful about coughing etiquettes, even though are considered bad, may have increased the immunity of the people here. Apart from this, the country has been fighting deadly viruses like Swine flu virus for almost the last eight years. So not only we have developed cross-immunity from such viruses, but we have also improved health infrastructure over the past years, to counter viruses. The timely imposed nationwide lockdown has also been one of the major reasons that the country has been able to cure so many patients.

He further said that since the onset of the pandemic, the government and health agencies have prepared the health infrastructure to face the upcoming surge of cases and tackle COVID-19. There only one laboratory equipped with testing of COVID-19 when the pandemic hit the country in January but over the past three and a half months, 605 laboratories across the country have been equipped with COVID-19 testing capacity, he said. He added,

According to Dr Raman Dhara, Additional Professor, Indian Institute of Public Health (IIPH), Hyderabad, recovery rates represent infections that have occurred 2-3 weeks ago and so there is a need to observe if this trend persists further. He highlighted that mortality rates in the form of case fatality rates are better indicators of the pandemic progress. He said that the number of cases will rise in the coming months because of the high population in the country and high population density, as the country opens up. He asserted that the country should continue to strengthen the health infrastructure in order to keep the fatality rate under control and further improve the recovery rate.

Of the total cases reported since the beginning of the pandemic, 7,745 patients have died including 279 patients who died in the last 24 hours. The country, which has tested nearly five million people so far, ranks fifth in the world in terms of COVID-19 cases, after the United States, Brazil, Russia and the United Kingdom. This is the eighth consecutive day that India registered over 9,000 cases in a single day and experts say that the rise in the number of cases come as restrictions are eased across the country.