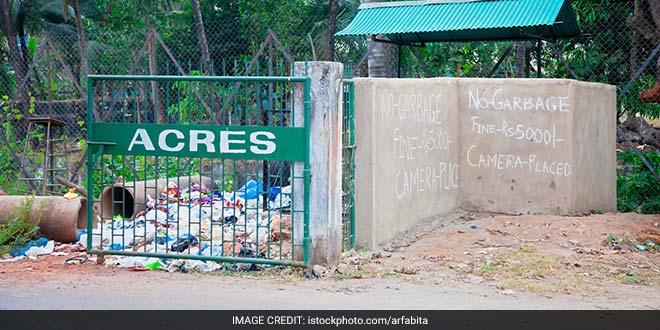 Panaji: Billed as the facility that would take care of all the waste from the coastal belt of North Goa, a solid-waste management plant built here has commenced recycling 100 tons of garbage daily from November onwards, officials said today.

Five months since its inception, the Saligao village – based plant is operated by Hindustan Waste Treatment Private Limited (HWTPL) and has attained the desired capacity of 100 tons a day.

The facility also generates four MW of electricity which is used to power the plant.

“Weekend rush for Diwali which saw tourist thronging on the beaches and littering has also helped the plant scale up its garbage input,” Kandaswamy said.

Union Defence Minister Manohar Parrikar had opened the plant in May this year. The state government has entered ten-year-long agreement with HWTPL on BOOT basis (i.e building-owning-operating-transferring the plant).

From the day of its inauguration, concerns were raised on the feasibility of this facility as the villages nearby showed “bleak response” and were apprehensive to supply their garbage.

Department of Science, Environment and Technology (DSET) which has been the nodal agency to handle functioning of this plant has been liaising with several panchayats with the help of Directorate of Panchayats to convince more bodies to supply their garbage.

Now You Can Complain About Air Pollution Via ‘Swachh Delhi’ App