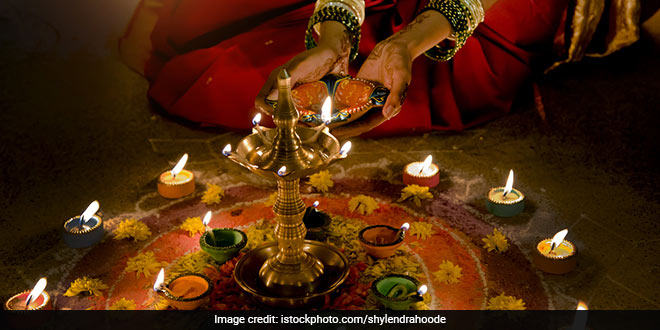 New Delhi: To control the air-quality from becoming lethal a day after Diwali this year, the Union Environment Ministry on Monday initiated Green-Diwali campaign to create awareness. In 2017, the ministry initiated the campaign following the dangerous after-effects of Diwali in 2016. However the situation was only controlled after the Supreme Court stepped in and banned sale of crackers in Delhi and NCR in 2017.

The ministry in a statement acknowledged the low pollution level during the festival in 2017 against 2016.

“The above campaign was extremely successful and the air quality had not deteriorated post Diwali in 2017 unlike what was experienced in 2016”, the ministry said.

Crackers contain combustible chemicals that include potassium chlorate, powdered aluminum, magnesium, salts of barium, copper, sodium, lithium, strontium etc. and emit smoke on combustion of these chemicals along with sound. This smoke and sound have health impacts on children, aged people and also animal and birds, said a Ministry statement.

The “Harit-Diwali” campaign aims at creating awareness among people and discouraging use of crackers, especially the students.

In 2016, PM2.5 or particles with diameter less than 2.5mm, levels in some areas of Delhi increased to 1,238 on Diwali, which was about 50 times higher than the international standards and 20 times the national standards. The World Health Organization recommends that PM2.5 is kept below 10 as an annual average, as exposure to average annual concentrations of PM2.5 of 35 or above is associated with a 15 per cent higher long-term mortality risk.

Later in October 2017 the Supreme Court imposed a ban on the sale of firecrackers in Delhi.

Following this, pollution levels in Delhi were found to be lower in Diwali 2017 as compared to that during Diwali in 2016, a Central Pollution Control Board report found.