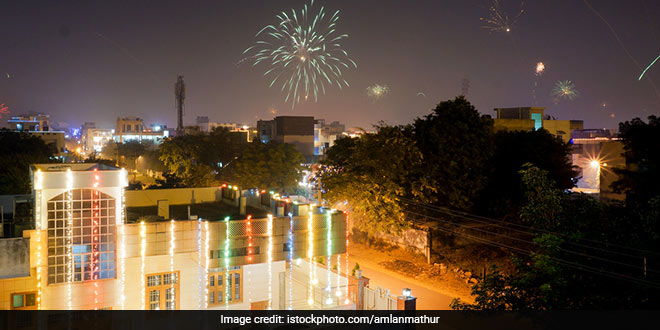 Mumbai: Delivering its much-awaited verdict on use and sale of firecrackers across India, the Supreme Court on Tuesday morning said no direct blanket ban will be imposed on firecrackers ahead of Diwali. The bench comprising Justices A K Sikri and Ashok Bhushan noted that only firecrackers that will be green in nature or eco-friendly will be allowed. The verdict comes after the SC had reserved its verdict on august 28 this year stating that all aspects and repercussions of the ban need to be taken into consideration before making a decision. Several factors including the fundamental right of livelihood of firecracker manufacturers and the right to health of over 1.3 billion people in the country was taken into consideration.

We tried to strike a balance….Only crackers with reduced emission will be allowed and they can be sold through licensed holders, the judges said, rejecting an outright ban. It noted the conditions of the ban will be applied in all festivals and weddings.

Among the conditions, the top court banned online sale of firecrackers and restrains e-commerce websites like Amazon and Flipkart from selling the same. The court further warned that websites will be hauled up for contempt of court if they don’t adhere to court’s direction.

Deciding the time of bursting crackers, it said on Diwali, people will be permitted to burn crackers only between from 8 PM to 10 PM and on Christmas and New Year from 11:55 PM to 12:30 AM.

The onus of informing the conditions on firecrackers will be on the government said the court advising the officials to undertake massive public awareness drives.

Emphasising on the need to control air pollution in Delhi, the court said only designated community areas in Delhi-NCR identified by Central Pollution Control Board will be allowed for bursting.

Supreme Court’s orders are not very strict. We were expecting complete ban but that has not happened. #firecrackers will be allowed but there is time restriction as it will be allowed between 8 pm to 10 pm.

Supreme Court's orders are not very strict. We were expecting complete ban but that has not happened. #firecrackers will be allowed but there is time restriction as it will be allowed between 8 pm to 10 pm: Vijay Panjwani, advocate for Central Pollution Control Board (ANI) pic.twitter.com/w16b9GmNIT

Last year, a group of three children had filed a petition to impose a countrywide ban on manufacture, sale and possession of firecrackers. The petitioners had citied the ill-effects on the environment and public health and had said that right to clean air is essential for growth and development.

Taking the petition into consideration, the court had temporarily banned the sale of firecrackers ahead of Diwali. Later, the court refused to relax its order while dismissing a plea by traders who had sought permission to sell crackers for at least a day or two before Diwali. The apex court had said its ban order during Diwali that year was an experiment to examine its effect on the pollution levels in the region.