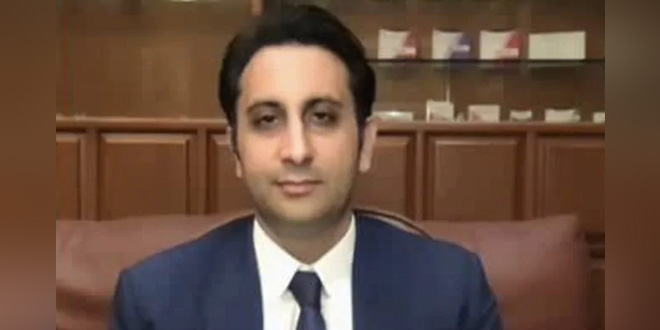 New Delhi: On Monday (November 23), the University of Oxford and AstraZeneca Plc shared positive news stating that the potential COVID-19 vaccine ChAdOx1 nCoV-19 (AZD1222) being developed by them has shown 70.4 per cent efficacy when combining data from two dosing regimens. In one of the two different dose regimens, the vaccine has shown 90 per cent efficacy. The potential COVID-19 vaccine uses a weakened version of a common cold causing adenovirus that has been genetically changed so that it is impossible for it to grow in humans. . According to the University of Oxford, its COVID-19 vaccine will play a crucial role as it can be stored in a fridge (temperature 2-8 °C) rather than a freezer, which makes it easier to deliver and administer in existing healthcare settings.

The news raises India’s hope of getting a vaccine early as it’s a challenge for India to procure vaccines produced by Pfizer and Moderna as they need to be stored at extremely cold temperature. For instance, Pfizer’s BNT162b2 vaccine would need ultra-cold chain – storage at minus 75 degrees Celcius before being distributed and India does not have such a cold chain facility.

The Serum Institute of India (SII), the world’s largest vaccine maker by the number of doses produced, had partnered with AstraZeneca to conduct the trials in India and manufacture AZD1222. In an exclusive interview with NDTV, Adar Poonawalla, CEO, SII talked about the latest development and elaborated on pricing and when the vaccine will potentially be rolled out.

NDTV: What are those conditions in which the vaccine would be 90 per cent effective?

Adar Poonawalla: Whether a vaccine is 60, 70 or 90 per cent effective, at this stage where only a few thousand people in these phase 3 trials have shown this kind of efficacy result I would not want to label the vaccine to be efficacious at that level. Even though yes, we are showing 90 per cent efficacy with a half dose followed by a full dose which sounds a bit peculiar but that is how it is. As the day goes, we will probably get an explanation for that. Indeed, that is good news but what I mean to say is, unless hundreds and millions of people get the vaccine all over the world in different regions and you see the disease burden in that region actually going down as we have seen for pneumonia vaccines, measles vaccines, pentavalent vaccines, and others, you can’t really say a vaccine is effective up to a certain level until you are able to see that data. And of course, that will come about in one or two year.

NDTV: The first vaccine triggers an immune response which is why the second dose is more effective taking you to a potentially 90 per cent. Is that some of the science behind it?

Adar Poonawalla: Well, it is too soon to say exactly what the reasons are behind this finding and I do believe as we get more data and more people are vaccinated with this vaccine and when more data is available, we will see a higher efficacy coming about closer to 90 per cent in everybody. Again, it is too soon to say that. This is the data that we have today. It is certainly, better than what we expected it to be or the world expected it to be. Initially, if you are trying to make a vaccine very quickly you don’t know if it is going to be more than 50 or 60 per cent effective.

Also Read: Fight Against Coronavirus: Where Are We In The COVID-19 Vaccine Race?

NDTV: How much longer before the phase 3 trial results are unveiled in the U.K.?

Adar Poonawalla: With interim trial data from Phase 3 trials vaccine manufacturers are going to now apply for the emergency licensure in the U.K. And we have tied up with MHRA (Medicines and Healthcare products Regulatory Agency) and Drugs Controller General of India (DCGI) office here is working with them to get an exchange of that data so that we can also apply for the same over here. When will the final license come and when the vaccine will be available to the general public, I would say another two to three months. But before that, the good news is, based on the results, based on the data we have in India, we can expect within one month, we can try to get an emergency use licensure done even in India. Of course, based on what the DGCI of India deems fit in terms of safety and efficacy for the people.

NDTV: How soon you believe you would be in a position to ask for emergency usage permissions here in India?

Adar Poonawalla: Once the UK MHRA grants it; we are trying to get the data being shared between the two regulators at the same time. We are probably talking about another two to three weeks. That’s why I had always mentioned and targeted for the end of the year unless there is any major hiccup. We feel confident to be on track. But, let me just clarify, that the emergency use licensure both in the U.K. and in India will mean that you can only give it to a limited people – to vulnerable – healthcare workers and elderly so that you at least take care of that population which is highest at risk. After two or three, we can have it for the general public.

NDTV: How soon would you be in a position, in terms of the number of doses to roll that out to doctors, paramedics, cleaners, hospital staff and frontline workers? How soon you can have it out to every part of the country just for them?

Adar Poonawalla: By January we should have 100 million doses, minimum because we have already made 40 million doses if not. By January – February, we can start rolling out hundreds and millions of doses because the target set by the government of India is 300 to 400 million doses by July, 2021. We don’t know if they are going to buy all of that from us. Maybe they will get a bit of that from Pfizer, Moderna but with the pricing that they have set, I don’t know if it will be possible for us to be able to buy those vaccines whether it’s India or most countries in the world as well. That’s why, at the moment, there is a lot of interest and excitement that we are able to provide this vaccine at a very low price.

Also Read: Will Have To Wait For Final Words In A Scientific Journal: CSIR Chief On Oxford’s COVID-19 Vaccine’s Efficacy

NDTV: What is the price for you?

Adar Poonawalla: We are putting a MRP of Rs. 1,000 per dose. In the private market, we will sell it for Rs. 500 to 600 per dose giving another couple of hundred rupees to the distributor and others to be able to make their margins so that they can really give the product to everybody. The government of India will be buying at ₹ 250 per dose or less which is roughly $3 a dose because of the volumes they will be buying. 90 per cent of our volume will go to the government of India and may be 10 per cent to the private market at a higher price.

NDTV: The 10 per cent that you said which might be available outside the government, would that be available from day 1 or only after doctors, medical staff, frontline workers are administered a vaccine?

Adar Poonawalla: That will time with the permissions. In February – March we should probably come for the full and final license. Till March, I don’t think the general public will be able to get it very easily. They would have to go to the government points and areas where it is being distributed. And if they are eligible, they will get it from the government and if not then they will just have to wait till March. We are hoping for an emergency license so that by the end of December and January, 2021 we can start rolling out some quantities.

NDTV: The drug works well in the elderly. What about those under the age of 18? Won’t they be getting a vaccine March onwards?

Adar Poonawalla: Below 18 is something which will be tested and we will have to go very carefully on that. Traditionally, for all vaccines and new drugs, you first prove long term safety in adults before going into children. The good news is the pandemic is not so bad for the younger population; therefore, it might not be so bad for them to wait for another few months. Both Oxford and AstraZeneca and other vaccine developers for that matter will have to do a subsequent study in the below 18 age group. I would say, probably the end of the next year is when we can look at giving it to children below 18.