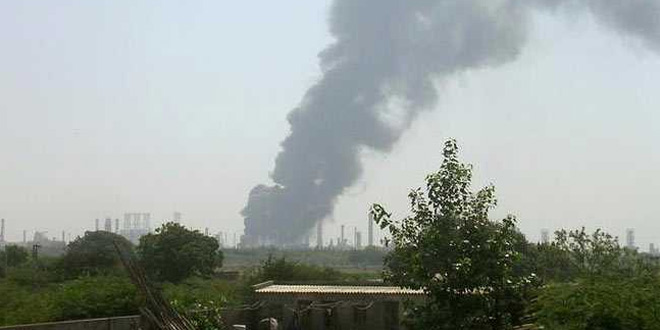 Geneva: The UN weather agency on Monday (October 25) said that the level of greenhouse gases in the atmosphere in 2020 has reached a new record despite global lockdowns and a temporary suspension of economic activity due to the COVID-19 pandemic. Last year, heat-trapping greenhouse gases reached a new record, surging above the planet’s 2011-2020 average, and has continued in 2021, said World Meteorological Organization (WMO) Greenhouse Gas Bulletin published on Monday.

Concentration of carbon dioxide (CO2), the most important greenhouse gas, reached 413.2 parts per million in 2020 and is 149% of the pre-industrial level, said WMO.

The milestone of 400 parts per million of CO2 in the atmosphere was breached in 2015. The WMO Greenhouse Gas Bulletin contains a “stark, scientific message” for climate change negotiations at the upcoming UN climate conference, known as COP26, in Glasgow, said Petteri Taalas, head of the UN agency.

At the current rate of increase in greenhouse gas concentrations, we will see a temperature increase by the end of this century far in excess of the Paris Agreement targets of 1.5 to 2 degrees Celsius above pre-industrial levels, he explained.

The annual rate of increase of heat-trapping greenhouse gases in the atmosphere exceeded the 2011-2020 average, setting a new record last year, and the trend has continued in 2021, the WMO said.

According to the report, the levels and growth rates have not been affected by the global economic slowdown during the pandemic, despite a temporary decline in new emissions. The current CO2 concentration levels can be comparable to those of 3-5 million years ago, when the temperature was 2 to 3 degrees Celsius (2.7 to 3.6 degrees Fahrenheit) warmer and the sea level was up to 20 meters (65 feet) higher, the document said. As long as emissions continue, global temperature will continue to rise and more parts of the world will experience weather extremes, the WMO warned.

Vaccination For Children: Apollo Says It Will Offer Free Jabs For Certain Categories