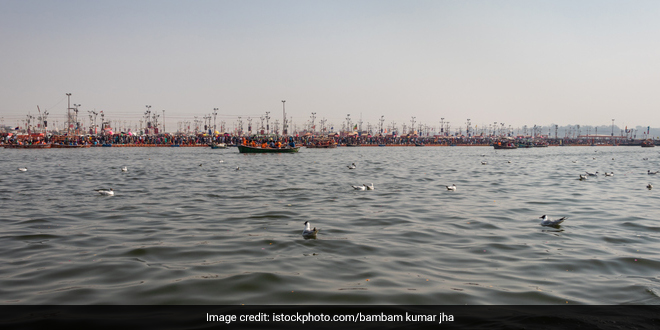 Haridwar: An ancient city located on the banks of River Ganga, Haridwar is expanding rapidly. Being a popular pilgrim age site, the city also witnesses a massive floating population as each day pilgrims come to bathe at the holy river to get rid of their sins. The number of visitors grows manifold during the festivals, especially the month-long Kumbh fair. The National Mission for Clean Ganga (NMCG) has been tirelessly endeavouring to ensure that pilgrims get a cleaner Ganga at this holy site with no flow of sewage water. It has intercepted all major and minor sources of river pollution under the Namami Gange Programme. Rajiv Ranjan Mishra, Director General of National Mission for Clean Ganga said,

We added lots of new projects, in Sarai and in Jagjeetpur, and now 145 MLD (million litres per day) capacities very much there in Haridwar, and 113 and 115 MLDs have actually been used. So we are fully geared up in Haridwar to meet any kind of sewage pollution, not even for the present load but even for the future.

“Similarly, any flow coming from the Rishikesh side or Muni ki Reti, so all those projects have been completed. A few months back, the Prime Minister inaugurated all those projects. So, one thing is that we have kept Haridwar fully prepared to meet any kind of pollution load and keep river Ganga free from raw sewage entering into the river”, he said.

The key projects in Haridwar have included intercepting major drains falling into the river and diverting them to Sewage Treatment Plants. Kassawan Nullah, one of the biggest drains that would contaminate the river severely has been tapped entirely and diverted to the STP. Rozy Aggarwal, Executive Director (Finance) at National Mission for Clean Ganga said,

There was a very notorious Kassawan Nala which could have been by people when they were going from Delhi towards Haridwar. That Kassawan Nala, which used to drain sewage into Ganga in a couple of years back, has been completely stopped, and no sewage is now going to Haridwar and even upper reaches in Uttarakhand in the river Ganga, so that is a kind of preparation which we have done for upcoming Kumbh.

Inaugurated by Prime Minister Narendra Modi, the tech-equipped expansion of 68 MLD STP at Jagjeetpur is instrumental in treating the sewage load that compounds during massive festive gatherings like Kumbh. Built at a cost of 230 crores, the STP achieved its current strength a few months ago.

Another 14 MLD STP at Sarai, developed a little over a year ago under the Hybrid Annuity Model will add to the comprehensive campaign of protecting and rejuvenating the river. The Kassawan Nullah sewage is also treated at Sarai only. RK Jain, Project Manager, Uttarakhand Pey Jal in Haridwar said,

We have installed 68 MLD STP in Jagjeetpur and 14 MLD STP in Sarai under Namami Gange project. Not only this, but we have also tapped five polluted wastewater and 17 others. We usually witness Kumba Mela and other holy festivals in Haridwar, so to cater a huge population we have 145 MLD capacities to meet any kind of pollution.

The filling and aeration process is being done by air followed by the settlement process. We then take it into sludge thickener and later by mixing chlorine, we release the clean water.

To the Hindus, the Ganga is a sacred river, and any town or city on its banks is believed to be blessed. Haridwar is a paradise for the pilgrims who throng the Ghats of the river to attain nirvana. The government of India through the National Mission for Clean Ganga has not just been providing a cleaner and conducive holy site to them but working in the larger interest of all inhabitants along the course of the river.