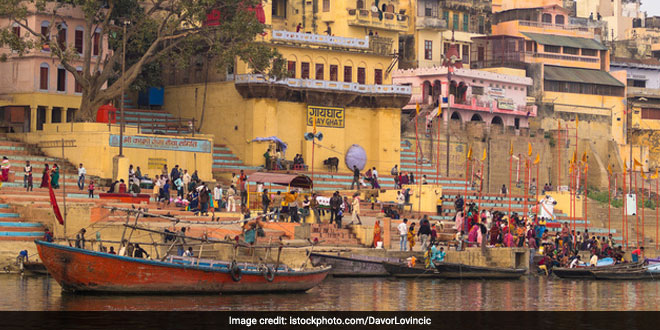 New Delhi: The World Bank and the Government of India on Tuesday (July 7) signed a loan agreement to enhance support for the Namami Gange Programme that seeks to rejuvenate the Ganga river. The USD 400 million (Rs 3,023.10 crore) operation comprises a loan of USD381 million (Rs. 2857.96 crore) and a proposed guarantee of up to USD19 million (Rs. 142.5 crore). The agreement for the USD381 million loan was signed today by Sameer Kumar Khare, Additional Secretary, Department of Economic Affairs, Ministry of Finance on behalf of the Government of India and Qaiser Khan, Acting Country Director (India), on behalf of the World Bank. The guarantee instrument will be processed separately.

The Second National Ganga River Basin Project will help stem pollution in the iconic river and strengthen the management of the river basin, which is home to more than 500 million people.

Under the Namami Gange Programme, 313 projects have been sanctioned till March 2020 at a total cost of Rs 28,966 crore in different sectors. Mr. Khare said,

The Ganga is India’s most important cultural, economic and environmental resource and the government’s Namami Gange Programme seeks to ensure that the river returns to a pollution-free, ecologically healthy state. The new project will extend the government of India and the World Bank’s engagement in this critical national programme to make the Ganga a clean, healthy river.

With a funding of Rs 4,535 crore, Ganga -I helped build sewage infrastructure in 20 towns along the mainstream of the Ganga.

In order to take up a Basin approach, the Second National Ganga River Basin Project has now been given the go-ahead for an amount of US$ 400 million (Rs 3,023.10 crore) for taking up projects on tributaries of river Ganga with a view to address pollution abatement in the entire Ganga Basin. The loan would be for a period of five years up to December 2026.

The World Bank has been supporting the government’s efforts since 2011 through the ongoing National Ganga River Basin Project, which helped set up the National Mission for Clean Ganga (NMCG) as the nodal agency to manage the river and financed sewage treatment infrastructure in several riverside towns and cities.

“The first World Bank project helped build critical sewage infrastructure in 20 pollution hotspots along the river and this project will help scale this up to the tributaries. It will also help the government strengthen the institutions needed to manage a river basin as large and complex as the Ganga Basin,” he added.

“The project will help expand the coverage of sewage treatment infrastructure to more towns in the Ganga Basin and focus on making sure that these assets are operated and maintained efficiently in the long term,” said Xavier Chauvot de Beauchene, Lead Water and Sanitation Specialist and Upneet Singh, Water & Sanitation Specialist, both co-task team leaders (TTL) for the SNGRBP.

The USD400 million operation includes a proposed guarantee of up to USD19 million to backstop the government’s payment obligations for three Hybrid-Annuity-Model Public-Private Partnership (HAM-PPP) investments on the Ganga’s tributaries. Satheesh Sundararajan, Senior Infrastructure Financing Specialist and co-TTL for the Guarantee said,

This is the first-ever IBRD Guarantee for wastewater treatment and the first IBRD Guarantee in the water sector in India and is expected to help free up public resources in the current economic situation.