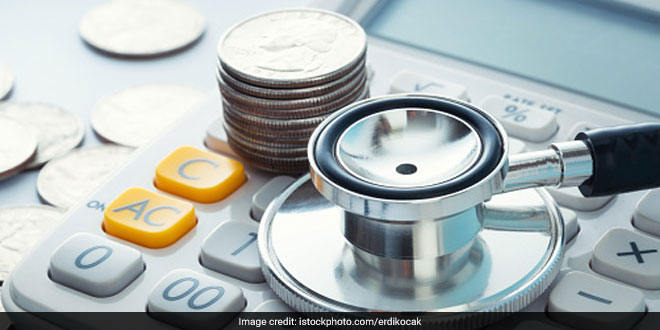 New Delhi: Healthcare is becoming accessible and affordable in the country with the government taking steps to enhance the overall infrastructure, including doubling of MBBS seats, Union Health Minister Mansukh L Mandaviya said on Monday (April 25). The minister, who also holds Chemicals and Fertilisers portfolio, noted that the government does not see health sector from the commercial aspect but as a service initiative for all.

So we need to take care of our needs and that of the world as well, Mandaviya said while speaking at the India Pharmaceutical and Medical Devices Conference 2022.

The three day event, from April 25-27, will see government, industry and academia come together to brainstorm for a roadmap for the sector for the next 25 years.

Mr Mandaviya noted that the government has been taking steps to make healthcare both affordable and accessible.

Medical colleges have doubled, MBBS seats which used to be in the range of 55,000 seats will go up to 1 lakh this year…similarly 1.17 lakh health and wellness centres have been established across the country…district hospitals are being strengthened besides there are AIIMS coming up for tertiary needs, the minister said.

Mr Mandaviya further said the country has the capability to sell pharma products all over the globe and also to treat people from all across the globe at healthcare facilities spread across the nation.

We can take care of it in a holistic and comprehensive manner.. we are brainstorming for that, he added.

He said Modi government has been able to provide health security to about 50 crore people in the country. Mr Mandaviya noted that the government supports industry while staying pro-poor and pro-farmers. “We just don’t make policies in the paper or just give lectures but we make efforts to implement the policy,” he said. Mr Mandaviya, while praising the pharma industry for steps taken during COVID-19 pandemic, said there were apprehensions across the globe as how India will manage the crisis.

We showed the world how it can be done. We also proved it again by having a successful vaccination programme, he added.

Minister of State for Chemicals and Fertilisers Bhagwanth Khuba said there was immense potential for growth for the medtech sector in the country and it can go from USD 11 billion to USD 50 billion by 2025. He said the industry should make efforts to reduce imports and manufacture more in the country. Mr Khuba also shared details about various steps taken by the government to help the pharma sector grow in the country. Niti Aayog member V K Paul asked the medical equipment makers to see if anything more can be done for devices like ventilators to ensure that next time the industry has a “super perfect system” in place.

Also Read: Budget 2022: A Macro View Of The Money Allocated To Healthcare Sector