G Shashank is unlike a regular 10-year-old. He hates plastics, wants to clean up our rivers and do his bit for the environment. He is no ordinary activist, though, and is ready to put his money where his mouth is.

A student of Class 5 in DAV School in Adambakkam, Chennai, he recently won a competition and Rs. 1000 in prize money. Instead of spending it on himself, Shashank wrote to the Prime Minister, Narendra Modi and contributed his entire prize money for cleaning up the Ganga project.

“When he received the prize money, he immediately told us that this money should not be used for any personal things and instead be given to the Government for stepping up efforts of cleaning up the Ganga,” says M Ganesh Kannan, Shashank’s father.

Speaking to NDTV, Shashank said, “My father motivated me to do this, last year during Chennai floods our area was affected badly, everything was just covered with plastics and polythene bags. I saw my father struggling that time to clean-up that mess and that’s when I decided to act on it someday.”

The 10-year-old goes on to add that he is someone who likes all things natural, “I am against the use of plastic and polythene bags, and I don’t use them at all.”

Shashank’s letter got a swift response from the Prime Minister’s Office, acknowledging his contribution. 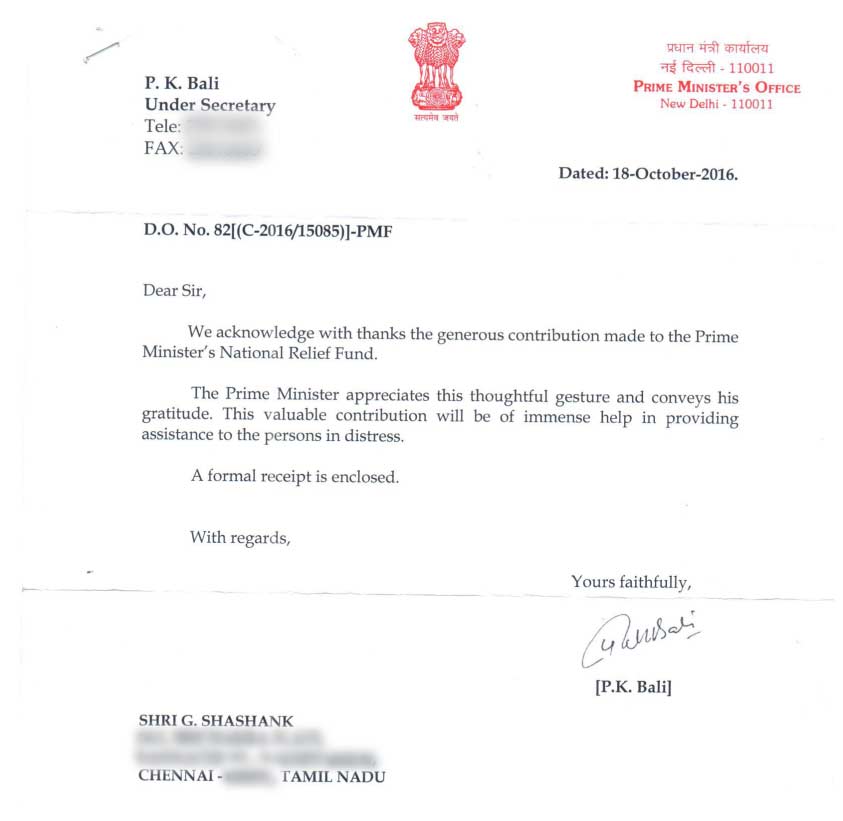 As for the invitation to visit his home, RSVP is awaited from the Prime Minister.

‘Over One Lakh Child Deaths, Rs 3.6 Lakh Crore Lost Due To Poor Sanitation’