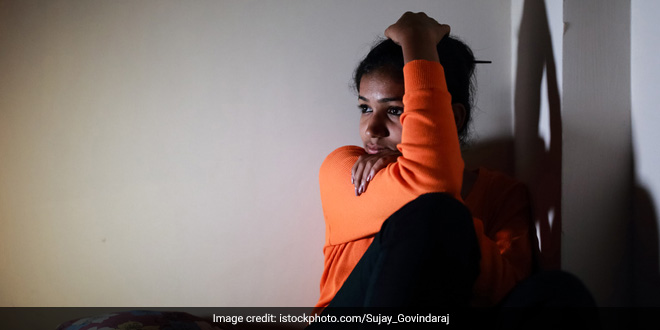 New Delhi: According to medical practitioners and environmentalists, air pollution is nothing less than a public health hazard. Poor air quality is a crisis spread across India, be it Delhi-NCR, Kolkata, Chennai, Agra, Varanasi, or Lucknow, the levels of toxic pollutants in these cities have reached well into the ‘severe range’. While high levels of air pollution causes health issues ranging from sore throat and irritation in eyes to respiratory and cardiac diseases, experts believe that there is an urgent need for in-depth research to study the impact of air pollution on people’s mental health. In this regard, NDTV spoke to two experts – Dr. Samir Parikh, Psychiatrist and the Director of the Department of Mental Health and Behavioural Sciences, Fortis Healthcare and Dr. R K Srivastava, Senior Consultant and Head of Department- Mental Health at Max Super Speciality Hospital, Patparganj.

Air Pollution And Its Impact On Mental Health

According to Dr. Shrivastava, particulate matter that is equal or less than 2.5 microns in diameter pose an especially high risk because these can easily enter the bloodstream and travel through the body to the brain. Along with PM 2.5 and less, Carbon Monoxide, Sulphur Oxides (SOx) and Nitrogen Oxides (NOx) can cause inflammation in blood vessels and can cause neuro-inflammation by damaging the blood-brain barrier – a thin, delicate membrane that protects the brain from toxic substances. The presence of toxic substances in the brain can cause anxiety, depression, Impulsive Control Disorder (ICD), Alzheimer’s disease, Parkinson’s disease, schizophrenia, and bipolar disorder.

PM 2.5 has also been found to be a reason behind declining memory. A study recently conducted by researchers of clinical neurology at the Keck School of Medicine at the University of Southern California, published in the journal Brain found that air pollution can cause changes in people’s brains and those changes can lead to a decline in memory. For this study, researchers used data from 998 women, aged 73 to 87 and gathered information about where these participants lived, as well as environmental data from those locations to estimate their exposure to fine particle pollution. After combining, the information gathered, an association between higher pollution exposure, brain changes and memory problems was observed, as per the report.

With their lungs and brains still in the developing stage, toxic gases can cause damage much more than the visible physiological effects and can make the existing mental conditions worse. This is because children breathe twice as fast as adults and have a delicate immune system. Exposure to air pollution during early life can cause damage to cognitive development in babies and young children affecting their learning abilities and contribute to mental health problems depression, anxiety, and Attention Deficit Hyperactivity Disorder (ADHD).

He further highlighted that children living in underprivileged neighbourhoods are more susceptible to the effects of air pollution compared to other children. This is because these children are not only exposed to outdoor pollution but also to massive indoor pollution as most households in rural and urban slum areas use biomass for cooking which releases carbon monoxide.

According to Dr. Shrivastava, over the past few years, he has observed that the number of patients visiting him for mental ailments increases by 20-30 per cent during September-December. He said that this increase maybe due to the discomfort and anxiety caused due to air pollution. He asserted,

During smoggy days, most people are forced to stay indoors and are deprived of fresh air. There is a disruption in their routine. They are also required to stop the physical exercise and of course, there is inhaling of a toxic cocktail of pollutants.

Mr. Parikh revealed that he has observed a new trend recently where people have shown symptoms of ‘eco-anxiety’ in which people are worried about living in an unhealthy environment. He said that during the onset of winters, he gets visited by people who have a fear of living in cities. He said,

Sometimes I get queries from young couples who are scared to reproduce because of the fear of bringing children to the world with toxic air.

How To Minimize The Effect of Air Pollution On Mental Health?

Both experts have strongly recommended avoiding stepping outside unless absolutely necessary and staying away from air pollution as much as possible. They suggest wearing a good quality mask with strong filters whenever going out. The experts also said that changing the diet to a healthier one can also help in fighting the impacts of air pollution. They recommend having food that is not acidic in nature and is rich in iron like green vegetables, jaggery and fruits. Dr. Shrivastava has also recommended listening to music as per one’s liking to calm one’s mind and release anxiety. The experts also suggest people to reach out to their psychologists and seek help without hesitation. They call for leading a more eco-friendly lifestyle to contribute to the fight against air pollution and also suggest that government needs to take drastic measures to bring air pollution to normal levels and sustain these measures to keep pollution from rising again.

(If you need support or know someone who does, please reach out to your nearest mental health specialist.) Helplines: