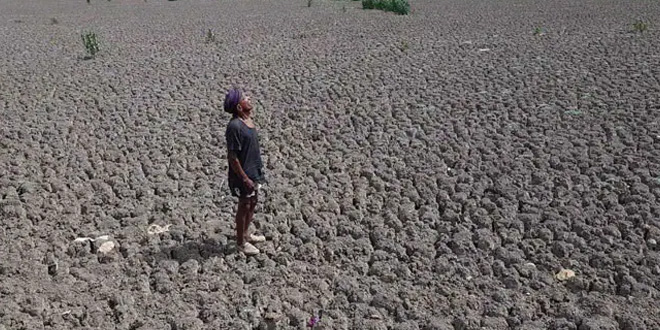 New Delhi: Extreme climatic conditions are threatening the food security in South Asia with escalated floods and droughts making India and Pakistan the most vulnerable to climate change, cautioned the latest IPCC report released on Monday (February 28). The second installment of the Intergovernmental Panel on Climate Change (IPCC) Working Group II’s report, titled “Climate Change 2022: Impacts, Adaptation and Vulnerability”, said climate-related risks to agriculture and food systems in Asia will progressively intensify with the changing climate, with differentiated impacts across the region.

“Differential human vulnerability to environmental hazards results from a range of social, economic, historical and political factors, all of which operate at multiple scales. Climate change is expected to have serious impacts for people living within these hotspot areas, as observed from loss of food crop yields to disasters such as floods, fluctuations in seasonal water availability or other systemic effects.

For instance, in South Asia, extreme climatic conditions are threatening food security, thus agro-based economies like India and Pakistan are the most vulnerable to climate change in this regard, the report said.

It warned that the major projected impacts of climate change in the agriculture and food sector include a decline in fisheries, aquaculture and crop production, particularly in South and Southeast Asia, a reduction in livestock production in Mongolia, and changes in crop, farming systems and crop areas in almost all regions with negative implications to food security.

It said international food supplies are also under threat and the risks of widespread crop failure due to extreme events hitting multiple places globally will increase if emissions are not rapidly cut.

“For example, for maize, the probability of losing 10 per cent or more of the crop in several places in the world in one year increases from close to zero per cent under the current climate to 86 per cent if emissions continue to rise — but it can be limited to just seven per cent if emissions are cut rapidly.

Threats to food supplies and water availability, due to continued climate change, may increase the risk of social unrest and armed conflict, particularly in poorer countries, although other factors are also important, it said.

The report said temperatures enhance not only ozone production but also the ozone uptake by plants, exacerbating yield and quality damage.

As Climate Dangers Rise, Scientists Predict Disasters Before They Happen