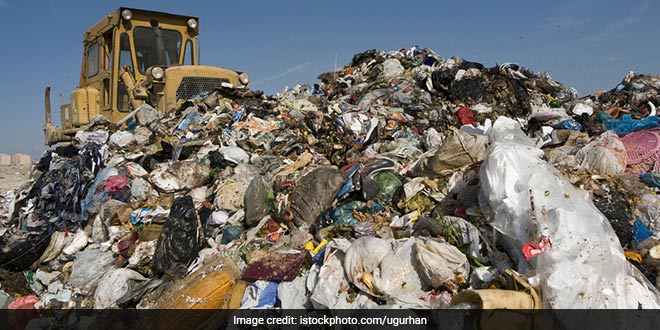 New Delhi: The South Delhi Municipal Corporation will work with an expert from IIT-Delhi to stabilise the Okhla landfill site that has reached a staggering height of 160 feet, a senior civic official said.

The massive dump in south Delhi was commissioned in 1996.

We have partnered with an expert from IIT-Delhi, who will work with us (SDMC) on stabilising the slope of the massive landfill site, the official said during a talk on urban solid waste management, hosted as part of the IIC talk series.

“n south Delhi, 3,500 Metric Tones of waste is generated daily. And, 56 per cent of the solid waste is processed. The Okhla site has not only become an eyesore but, many of the garbage truck drivers have lost lives, over the last few years, he said.

He said, the SDMC is coming up with another landfill site nearby, at a plot of about 50 acres.

Incidentally, the East Delhi Municipal Corporation (EDMC) had also roped in experts from IIT-Delhi last year to avoid a rerun of the Ghazipur landfill collapse and to work on measures to stabilise the dump site.

In September, two persons were killed, prompting the city’s Lieutenant Governor to stop the dumping of waste on the site.

The Ghazipur landfill came into existence in 1984 and is spread over 29 acres. It reached its saturation years ago.

Sameer Sharma, a top official in the Ministry of Urban Affairs said, “One cannot think of smart cities without proper waste management. Smart cities are not just about high-speed network and Wi-Fi.”

Chitra Mukherjee of Chintan, an Indian NGO, which works with wastepickers and other recyclers, highlighted the health risks and stigmatisation faced by people working at the lowest rung in the “informal wate management sector”.

Also Read: Delhi’s Landfill Collapse: Why Is Waste Still Being Dumped At Ghazipur Despite A Ban

Shortcomings In Implementation Of Swachh Bharat Mission In Some Haryana Municipalities: Report