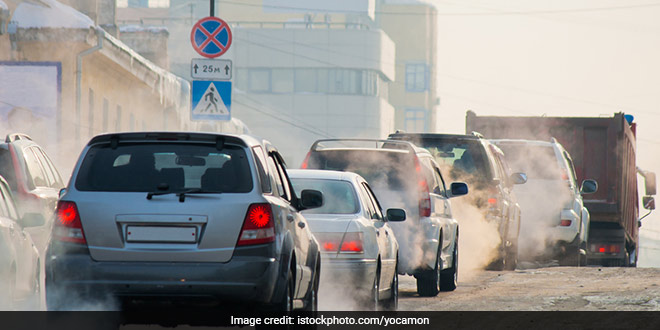 New Delhi: With air quality oscillating between ‘severe’ and ’severe-plus’ category, the last few months of 2017 has been tough for people residing in Delhi. From school being shut to rise in number of patients in hospitals, from banning construction to declaring health emergency in the national capital, a lot of measures were taken to curb the problem of pollution and fight continuous decline in air quality. Amidst all this, various stakeholders came up with different solutions to curb vehicular emission, out of which one is Bharat Standard-VI (Euro-VI equivalent) also known as BS-VI.

In a bid to restrain vehicular emissions, the government aims at implementation of BS-VI compliant cleaner transport fuels across the nation from April 1, 2020 and in Delhi by April 2018. As government plans to pep up the technology and move towards cleaner fuel, experts think that better technology will not end the pollution crisis. Rather, it would make one track finer particles which would become new health threats.

As each technology improves other problems will arise. BS-VI and beyond, the particles also get sharper, Sunita Narain, Director General, Centre for Science and Environment (CSE), told IANS on the sideline of a panel discussion held here by the European Union.

Currently particulate matter with diameter less than 10 and 2.5 micrometers present in air- PM10, PM2.5, are the major cause of health crisis. With better technology, one will be able to monitor PM1 and it may turn up as another enemy, say environment and health experts.

Finer the particles, more dangerous they are- but there are no current thoughts on that. We don’t have standards on PM1 because of the lack of evidence. It is supposed to be much more dangerous for health, Dr Gufran Beig, Project Director, System of Air Quality and Weather Forecasting And Research (SAFAR), told IANS. He said the focus may shift to the finer particles a few years from now.

Ms Narain added, while we have no doubt about the effect of PM2.5, there is no evidence against PM1 at present.

According to Anumita Roychowdhury, head of the air pollution and clean transportation programme, CSE, as both fuel and technology improve, the particle emissions become smaller as observed in Europe, where Euro-VI standard fuel is being used. For this, she added, new emission standards would have to be set.

As of now, not much is known about the effect of PM1, but in India, it is being considered and assumed as a potential future threat. It is also said that once the pollutant criteria for the fine particles is set, standards would come up.

We have been monitoring PM1 at one location each in Delhi and Ahmedabad, and across 10 locations in Mumbai. Their inclining and declining trends are helping us understand a lot, said Dr Beig.

Also Read: Manipuri Cyclist Embarks On A Journey With An Anti-Pollution Message, Pedals From India Gate To Imphal

Currently, PM2.5 is deemed as the dangerous pollutant and cause of humongous amount of deaths in India. According to a report published in the medical journal Lancet, pollutant PM2.5 alone killed five lakh Indians in 2015. Also, the study noted the household pollution as the leading killer. Burning solid fuel for cooking is a common practice in India, and PM2.5 produced through this led to the premature deaths of 1,24,207 Indians in 2015.

#UjjainBanegaNo1: Here Is What Fifth Largest City In Madhya Pradesh Is Doing To Be On Number 1 In Swachh Survekshan 2018