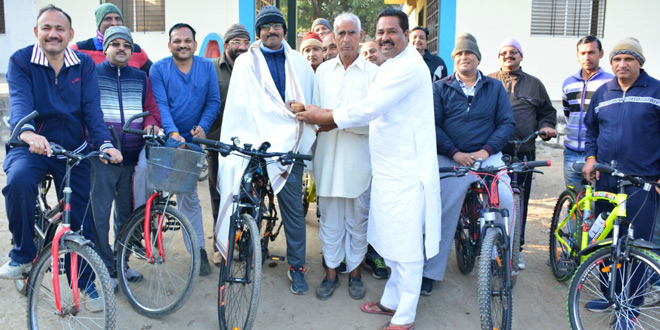 New Delhi: Imagine a Municipal Commissioner accompanied by additional commissioners, engineers, sanitary inspectors, health officers, door to door garbage collection supervisors, cycling to various wards inspecting and understanding the ground reality of sanitation arrangements. This is exactly what happened in Ujjain on January 9 when Vijay Kumar J, Municipal Commissioner, kick started a ‘Swachh Cycle Rally’ to understand, first hand, the level of sanitation and hygiene in Ujjain and propagate the message of Swachh Bharat. Starting from Grand Hotel to Friedganj over bridge to coal gate crossing to Chhatri Chowk, the officers covered different areas on cycle. The commissioner not only took stock of cleanliness and sanitation, but also interacted with the citizens to understand their issues.

The main purpose of our cycling is to reach every street of Ujjain, get a feedback from citizens and motivate the sanitary workers to give their 100% to Swachh Bharat Abhiyan. Our swachh cycle rally garnered such positive response that we have made it a part of our daily activities, says Mr Vijay Kumar.

On meeting the residents, Mr Vjay Kumar told them how sanitation and health go hand in hand and how both are an important part of life. He added, poor level of sanitation will have an adverse effect on our life.

As things get competitive, UMC is walking the extra mile to improve its ranking in Swachh Survekshan 2018. Apart from cycling in the city, building of bio-toilets, converting garbage to compost, beautification of walls, and citizen feedback is in full swing. 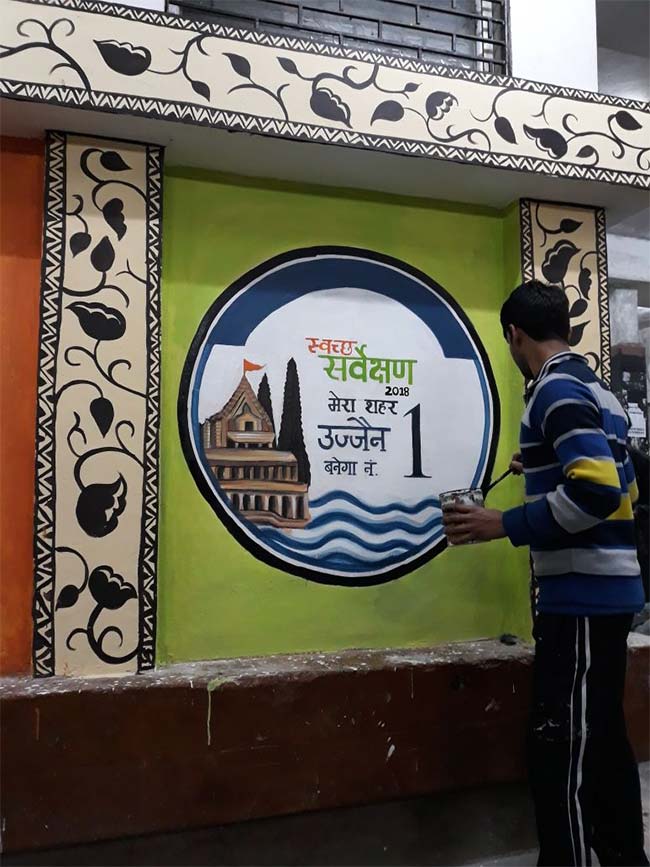 We have around 54 deluxe community toilets and now we are in the phase of converting them to bio-toilets. We have 104 door to door garbage collection vehicles, two transfer stations and unique garbage to compost plant which has produced 6000 tonnes of organic compost over the year. Also, the compost generated was fully marketed, says Mr Vijay Kumar.

To ensure that garbage is collected and picked up from every nook and cranny, the UMC has initiated e-rickshaw mounted garbage tipper. The garbage tipper is divided into two parts, one for dry waste and the other for wet waste. 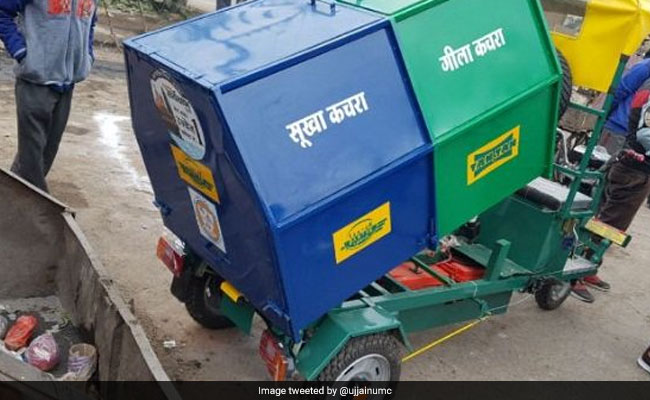 Ujjain demonstrated an enormous growth by improving its ranking from 263rd in 2014 to 12th in 2017 and now it aims to climb higher in the ladder. As Swachh Survekshan 2018, which is being considered by the government as the World’s largest cleanliness survey is underway and citizen feedback has been given 35% weightage, the UMC is urging citizens to give their feedback by calling on a helpline – 1969 or by simply visiting the website and answering 6 questions to help Ujjain become India’s Cleanest City in Swachh Survekshan 2018.

We are getting lots of public support for our Swacch Survekshan initiatives. People have bent over backwards to ensure Ujjain improves its ranking and attain the title of India’s Cleanest City, says Mr Vijay Kumar.

With Improvement In Technology, Finer Particles May Turn Up As Next Enemy, Say Experts