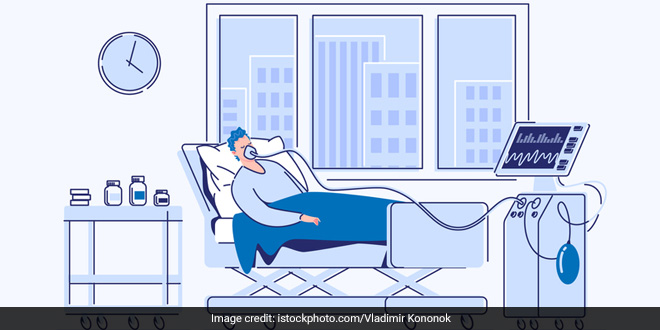 New Delhi: In a first in India, the technical expert committee at the Union Health Ministry created Prescribed Minimum Essential Specifications for “Make in India ventilators” to be used in COVID-19 ICU, a senior health ministry official said on Tuesday (August 4). The move came after the Central government realised that there was no Indian standard for ventilators as these life-saving devices were not fully manufactured in India at the beginning of the coronavirus pandemic in India in March 2020 and hence it never came under the domain of regulated medical devices.

According to the government official, those very few Indian companies who were manufacturing ventilators were importing most of the equipment from abroad to build ventilators.

One of the biggest challenges was that there was no Indian standard for ventilators. And those ventilators that were being manufactured did not come under the domain of regulated medical devices, said Rajesh Bhushan, Union Health Secretary during a press conference on Tuesday.

Initially, ventilators were not regulated medical devices in the country, neither under the Bureau of Indian Standards (BIS) certification nor under the Central Drugs Standard Control Organisation (CDSCO) regulation. Hence, a committee of technical experts under the Directorate General of Health Service (DGHS) met multiple times. They deliberated with subject experts. The experts Prescribed Minimum Essential Specifications for the basic ventilators to be procured for COVID-19 purposes. Based on these specifications, orders for ventilators were placed by the union health ministry, Mr Bhushan said.

Mr Bhushan said that first, the ventilators were physically demonstrated before the technical committee under DGHS. After the ventilator model qualified the demonstration, it was validated clinically on patients in a hospital as decided by DGHS.

After successful Clinical validation and based on the specific recommendation of DGHS, the ventilator was approved for supply, he said.

The significant work has been done by the Empowered Group (EG-3) Constituted comprising of secretary pharma, textile, DPIIT for addressing the issue of essential medical supplies. EG-3 encouraged domestic Industry to manufacture ventilators and ramp up production.

On May 30, the first batch of ‘Make in India’ ventilators developed by BEL was rolled out in the market. In less than 2 months more than 18,000 ventilators were supplied to state and central government and over 700 hospitals institutions.

To keep a check on monitoring and feedback, 36 WhatsApp groups have been created with one group for each State and Union Territory respectively. Each ingeniously developed ventilator has a dashboard for tracking real time status of ventilators dispatched, delivered and installed. It has institution wise tracking enabled. Each Ventilator is geotagged to track their location and feedback forms circulated to each institution.