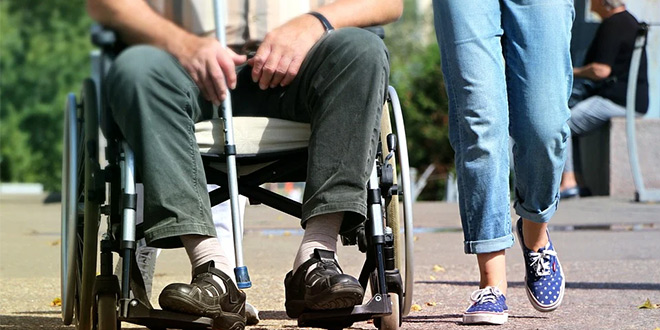 The United Nations has called to leave no one behind, contained in the 2030 Agenda for Sustainable Development

New Delhi: There are an estimated one billion persons with disabilities globally, with about 80 per cent of them living in developing countries. According to the United Nations, in developing countries, 10 per cent to 90 per cent of persons with disabilities (PwD) of working age are unemployed. Though there has been a lot of improvement, greater awareness and change in the last 40 years, society is still the biggest barrier for people with disabilities. Stereotyping, stigma, and discrimination – these are all enduring challenges that have resulted in underemployment, inadequate job quality and marginalisation. PwD face significant obstacles to equal opportunities in the world of work, ranging from attitudinal and physical to informational barriers. Consequently, the right of people with disabilities to work and employment is frequently denied.

According to a report released last year by Market Intelligence Firm, UnearthInsight, India has almost 3 crore people with disability (PwD) of whom around 1.3 crore are employable. However, only 34 lakh have been employed across organised, unorganised sectors, government-led schemes or are self-employed. Founder and CEO Gaurav Vasu, UnearthInsight said,

Contemporary business strategy towards the expansion of the talent pool is focused on realising the ideals of diversity and inclusion at the workplaces and it is a well-established fact that the PwD workforce is more resilient and committed. There is a long way to go, as India is sitting on a huge PwD talent pool that can play an important role. With the right policy and strategy shift, there is a real chance that we work towards raising employability rates among the PwD population.

There are substantial costs to individuals and to society associated with these poor employment outcomes for people with disabilities. When persons with disabilities have access to decent work, it brings considerable economic advantages. Globally, the World Bank considers that leaving people with disability outside the economy translates into a foregone GDP of about 5 per cent to 7 per cent. To ensure the principle of “Leaving No One Behind” of the 2030 Agenda for Sustainable Development and also makes important contributions to economic development.

A few years back we did a study to assess the impact it would have if persons with disability would have the same employment levels as non-disabled population and we came up with an increase of 3- 7 per cent of the GDP.

I think it is important that policymakers and other stakeholders stop thinking about the investments that are required for PwD to be able to fully take part in society in terms of assistive technology and personal assistance. We need to think about these supports that are not only a right for PwD to get them according to the United Nations convention but also see them as an investment to turn from passive recipients to active citizens and taxpayers, added Mr Tromel.

Given the fact that disability is known to be under-estimated in enumeration exercises, this number could in fact be much higher. Further, employers across the world increasingly recognise the benefits of diverse workforces and employing persons with disabilities.

For us inclusion began with having pity, taking care of someone from a sympathy perspective but over the last 10 years when we started working with PwD, our definition has changed. Now inclusion means good business sense, innovation and embracing that large part of the society which has been excluded, shared Pravin Chand Tatavarti, CEO and MD, Allegis Global Solutions, Global Workforce Management.

There are organisations like EnAble India, that work towards economic independence for people living with disabilities, is stepping in to fill the gap and has placed over 50,000 people directly to the job sector and touched the lives of over 2 million but a lot more has to be done. As a nation, are we forcing millions of young people with disabilities to be dependent on social security or their own families and caregivers? Are we disabling them? We must ask ourselves what is it that we want for millions of people with disabilities – a lifetime of dependence or inclusion, dignity, employment and equal rights because only an inclusive India can be a prosperous India.