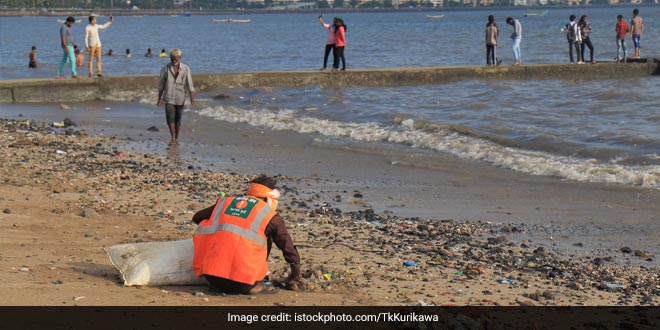 New Delhi: India on Tuesday (June 28) assured the world community that it is committed to an international pact to protect at least 30 per cent of the world’s land and ocean by 2030. Delivering the India statement at the UN Ocean Conference at Lisbon in Portugal, Earth Sciences Minister Jitendra Singh said efforts were on to achieve the 30×30 target in a mission mode as per the resolutions of the Conference of Parties. Mr Singh said he is here at the UN forum to present before the world, Prime Minister Narendra Modi’s vision for conservation and sustenance of ocean and ocean resources.

He said the government headed by PM Modi has taken several initiatives, programmes and policy interventions to protect the marine and coastal ecosystems, mangroves and coral reefs.

India had joined the High Ambition Coalition for Nature and People, which was initiated at the ‘One Planet Summit’ in Paris in January last year, which aims to promote an international agreement to protect at least 30 per cent of the world’s land and ocean by 2030.

Mr Singh said India was committed to the ‘Coastal Clean Seas Campaign’ and has declared that it will soon achieve a complete ban on single-use plastic.

“One of the best examples is in phasing out of plastic /polyethylene bags and promoting the alternatives such as usage of cotton/jute cloth bags,” he said.

The research to gather scientific data and information on Marine Litter in different matrices, coastal waters, sediments, biota and beaches as a part of formulating a National Policy has already begun, the minister said.

Mr Singh said India has partnered with many countries in the areas of Integrated Ocean Management and framework for marine spatial plans for sustainable development and conservation of ecosystems.

India has proposed to establish Sustainable Coastal and Ocean Research Institute (SCORI) to meet the needs and aspirations of the Pacific Island Countries (PIC), Singh said.

India Calls For Ramping Up Scope, Scale And Speed Of Climate Finance