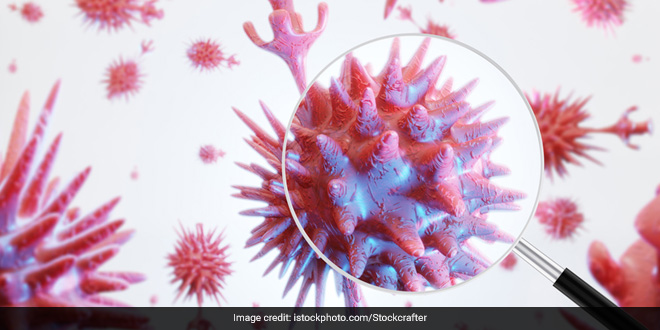 New Delhi: India on Thursday (April 1) said that it fully supports the World Health Organization Director-General Tedros Adhanom’s expectation that future collaborative studies will include more timely and comprehensive data sharing but raised concerns over China’s delaying tactics and lack of access to “complete, original data and samples”. Dr Tedros, who has been accused of complacency towards China, hardened his tone acknowledging the concerns about China’s refusal to share raw data about early COVID-19 cases. He conceded the international experts faced problems with data access in Wuhan.

Also Read: WHO Report Says Coronavirus Likely Spread To People From An Animal And Not Labs, Calls For Further Studies

In my discussions with the team, they expressed the difficulties they encountered in accessing raw data. I expect future collaborative studies to include more timely and comprehensive data sharing, he said.

“Although the team has concluded that a laboratory leak is the least likely hypothesis, this requires further investigation, potentially with additional missions involving specialist experts, which I am ready to deploy,” Dr Tedros added.

Official Spokesperson from the Ministry of External Affairs Arindam Bagchi said that the report represents an important first step in establishing the origins of the COVID-19 pandemic.

It has listed four pathways concerning the emergence of the disease but has stressed the need for next-phase studies across the region. The report also stresses the need for further data and studies to reach robust conclusions, he said.

“It is pertinent to note that the Director-General of the WHO has separately raised the issue of delays and difficulties in accessing raw data for the team conducting the study. We fully support the Director General’s expectation that future collaborative studies will include more timely and comprehensive data sharing. In this connection, we also welcome his readiness to deploy additional missions,” he added.

Mr Bagchi said that New Delhi joins stakeholders in voicing their expectations that follow up to the WHO Report or further studies, including “on an understanding of the earliest human cases and clusters by the WHO on this critical issue, will receive the fullest cooperation of all concerned.”

India’s remarks come as a group of 14 countries including the United States and Japan has raised concerns over a report on the origins of COVID-19 by the World Health Organisation (WHO) and China, arguing that the WHO team was “significantly delayed and lacked access to complete, original data and samples.”

The WHO released a long-awaited joint report on the origins of COVID-19 on Tuesday (March 30). The report pointed to the transmission from bats to another animal and subsequently to humans as the most likely way the pandemic began. The United States, Australia, Canada, the Czech Republic, Denmark, Estonia and Israel said in a statement that they “fully” supported the WHO’s efforts to bring an end to the pandemic, including understanding how it “started and spread”. But they added it was “essential that we voice our shared concerns that the international expert study on the source of the SARS-CoV-2 virus was significantly delayed and lacked access to complete, original data and samples”.

Positivity Rate Of Cases In Last Two Weeks Jumps From 0.93 Per Cent To Over 3.5 Per Cent

In Pictures: Actors Who Have Received COVID-19 Vaccination