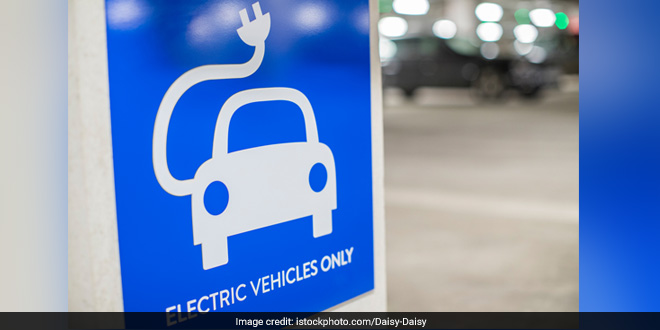 Ahmedabad: India has put in place a game plan for electric vehicles (EV) and its components like batteries to ensure clean cities, reduce imports and utilise solar power, NITI Aayog CEO Amitabh Kant said here on Saturday. He said domestic battery manufacturing for electric vehicles provides a “massive market opportunity”, and also quickens the transition to such environment-friendly transport, which is vital for the country to help combat pollution, congestion, strengthen energy security and create jobs. Addressing a conference on sustainable mobility through video link, Mr. Kant said the country’s EV focus should mainly be on two-wheeler and three-wheeler vehicles and public transport. Mr. Kant said,

With low per capita car ownership, which currently is 20 vehicles per 1000 people, India has an opportunity to leapfrog ahead of the legacy model of individually owned internal combustion Indian vehicles that are utilised by only 5 percent of the people, he said.

India’s low per capita car ownership affords the chance to pursue a different model from the western world. Our emphasis must be shared, connected electric transportation, he said.

He said to create a unique eco-system to enable ‘Make in India’, and drive the movement for manufacturing in India, the country will require a phased programme across the entire value chain, an efficient fiscal impact structure, and size and scale aligned to the country’s ambition to produce world-class vehicles for domestic and international markets.

With batteries accounting for almost 40 per cent of total cost of EVs today, domestic battery manufacturing is a massive market opportunity for India to rapidly enable the transition to EVs. New battery technologies like solid state lithium ion battery, sodium ion battery, and silicon based batteries are under developed. India needs to vigorously pursue research and development and have a clear road map for manufacturing on a mega scale, he said.

To facilitate charging infrastructure, Mr. Kant said newer models should be explored and start-ups must be facilitated in this area. He said new cities like Dholera (coming up near Ahmedabad) should allow maximum number of EVs. Talking to reporters on the side lines of the conference, Chief Secretary J N Singh said Gujarat is poised to lead in the field of e-mobility.

Dholera is emerging as a very important township for this. A big company will announce investment in Dholera in lithium-ion battery manufacturing for EVs….We plan to develop a 5,000-MW solar power plant, and 250 MW plant will be ready soon, Mr. Singh said.

“We are in the last stage of discussion with Tata Chemicals for lithium-ion battery manufacturing plant. The battery is vital for e-vehicles and comprises 40 per cent of car cost,” he said.

On Mann Ki Baat, Prime Minister Narendra Modi Says, ‘It Is Time To Advance From Cleanliness Towards Beautification’