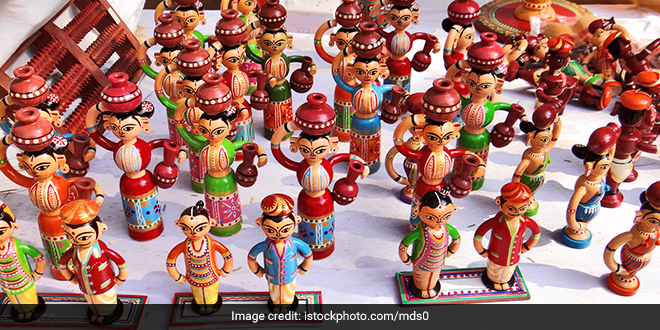 New Delhi: Prime Minister Narendra Modi on Saturday (February 27) said that the ancient toy culture of the country reflects the practice of reuse and recycling, which is part of the Indian lifestyle, and added that India has the potential to take the world back to eco-friendly toys. Speaking at the India Toy Fair 2021 in Delhi, the Prime Minister said the government has prepared a National Toy Action Plan.

It includes 15 ministries and departments to make the industry competitive, Aatmanirbhar, and to provide it with a global platform.

This first Toy Fair is not just a business or economic event. This program is a link to strengthen the country’s age-old culture of sports and gaiety. India toy culture is as old as the Indus Valley Civilization. The world has studied the toys of the Mohenjo-Daro and Harappan era, he said.

The Prime Minister said that India has given the world some of the most popular games like Chess and ludo.

Chess, which is so popular in the world today, was earlier played in India as ‘Chaturanga or Chaduranga’. Modern Ludo was played as ‘Pachisi’. In our scriptures too, there are descriptions of young lord Ram, and lord Krishna’s toys, he added.

PM Modi said that even today Indian toys are simpler and cheaper than western toys and appealed to the manufacturers to make toys that are better for both ecology and psychology.

Try to use less plastic in toys. Use such things that can be recycled, he stated.

Take Lattu (top) as an example. When children learn to play with Lattu, they learn about gravity and balance. In the same way, a child playing with a slingshot inadvertently starts learning basics about kinetic energy and potential energy. Puzzle toys develop strategic thinking and problem-solving thinking.

This is an education system in which logical and creative thinking can be increased in children through riddles and games. Special attention has been given to this, he said.

The Prime Minister asserted that in the field of toys, India has tradition and technology coupled with concepts and competence.

We can take the world back towards eco-friendly toys. The National Toy Action Plan has been prepared which includes 15 ministries and departments to make the industry competitive, Aatmanirbhar and take India’s toys to the world, he stated.

He added that the demand for ‘Made in India’ and ‘Handmade in India’ is gradually increasing in the world and today people not only buy toys as a product but also to connect with the experience associated with it.