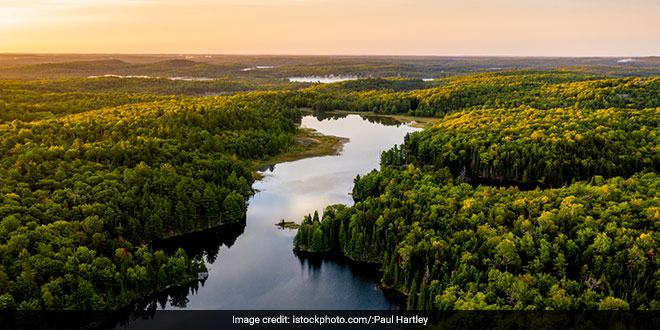 New Delhi: As the country continues to fight the COVID-19 pandemic, there is a need to plan a green recovery from it, in order to avoid future diseases caused by interaction of animals and humans (called as zoonotic diseases), says the State of India’s Environment 2021 report released by the Centre for Science and Environment (CSE), a non-profit organisation based in Delhi. It has highlighted that there has been slackening of environmental regulations across sectors which can produce enormous pollution and carbon in the future, affecting the health of the people.

While talking about the findings of the report, Sunita Narain, Director General, CSE, said,

The overall assessment is that our air and water quality is under stress; all trends show that pollution is increasing and this has massive impacts on our health. Even during the lockdown, data shows that river pollution did not reduce. Clearly, we need to do much more to improve the quality of the air we breathe and the water we drink.

She further said that people and the government are learning to do things differently in order to adopt sustainable living. She said,

We are adopting technologies that will be affordable to large numbers and so, sustainable. This is where the answer will be – in differently done sewage treatment, to mobility systems that will move people and not cars. We need to practice the learning that for a country like India, we cannot improve the environment without inclusive and equitable growth for all. And do this at scale. This is the challenge and the opportunity.

The report has tried to shed light on the poor status of the country in achieving the targets set under the Sustainable Development Goals. The country ranked 117 among 192 nations in terms of sustainable development and was now behind all South Asian nations except Pakistan. When ranked on the basis of achieving SDGs, the best performing States were Kerala, Himachal Pradesh, Andhra Pradesh, Tamil Nadu and Telangana. The worst performers were Bihar, Jharkhand, Arunachal Pradesh, Meghalaya and Uttar Pradesh, the report said. 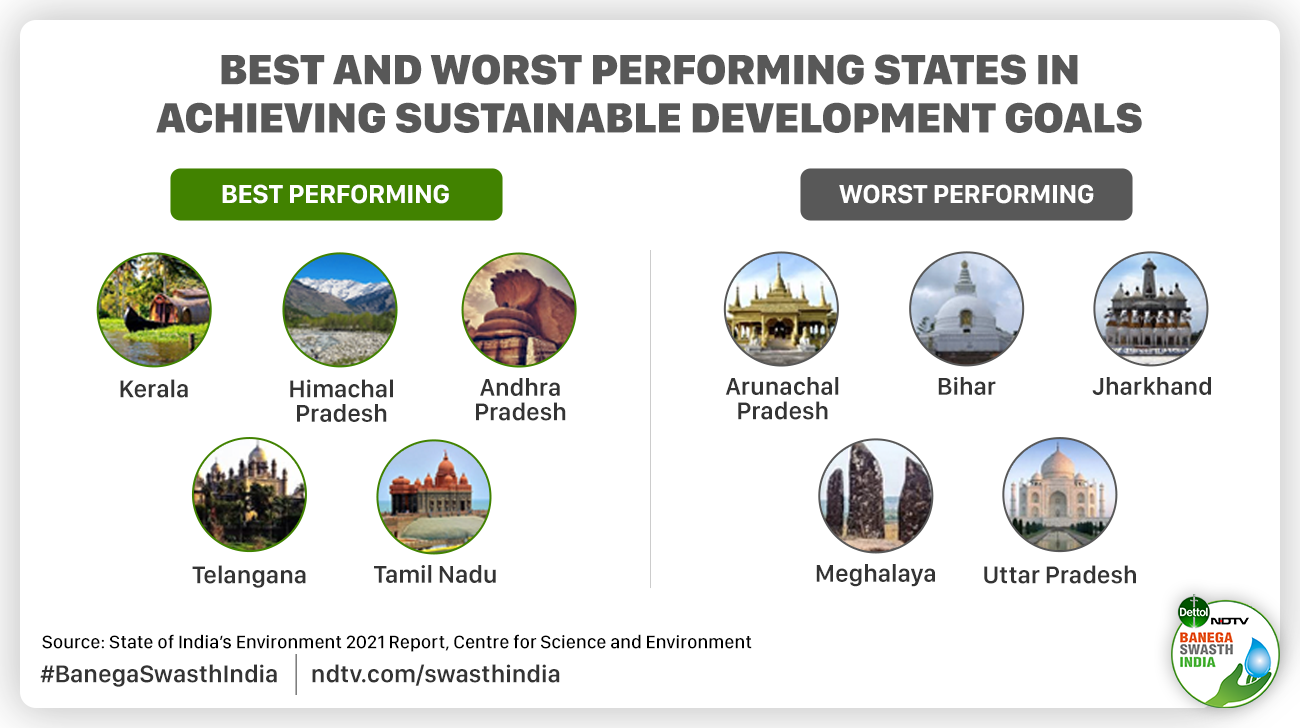 The Menace Of Pollution

India’s air, water and land have become more polluted between 2009 and 2018. Of 88 major industrial clusters in the country, according to the Central Pollution Control Board (CPCB), 35 showed overall environmental degradation, 33 pointed to worsening air quality, 45 had more polluted water and in 17, land pollution became worse. Tarapur in Maharashtra emerged as the most polluted cluster in the period of 2009-2018.

According to the report, 16.7 lakh Indians died due to air pollution in 2019. The experts have pointed out in the report that there has been lack of action over the years to control and reduce pollution in the areas that were already identified as ‘critically’ polluted. It further said,

The countries across the globe have targeted to reduce carbon emissions to zero by 2050. But, unless we reduce our emissions drastically soon, we cannot be net-zero.

The report has also asserted that contrary to popular belief, the country’s river did not see any significant improvement in their water quality during the COVID-19 pandemic induced lockdown. The report has claimed that of country’s 19 major rivers, five, including Ganga, ran dirtier in the COVID-19 period.

The report has emphasised on the rising threat to the biodiversity in the country. It said,

What is well known is that India’s flora and fauna is under threat. What is relatively unknown is the scale – 438 plant species (of which 95 per cent are flowering plants, including food crops) and 889 vertebrates and invertebrates are threatened.

It highlighted that the forest over in the country may not have really grown by over 5,000 square kilometers since 2017, as claimed by the Government of India. This is because, the Forest Survey of India considers trees as forests and counts orchards, plantations and even trees along highways as parts of forest and tree cover, said the report.

The Wrath Of The Pandemic

According the report, millions of children and pregnant mothers have been kept away from essential health services due to the disruption in the systems caused by the COVID-19 pandemic. This may increase child mortality by as much as 45 per cent in 118 low-income and middle-income countries, says the report. About 375 million children (from newborns to 14-year-olds) are likely to suffer long-lasting impacts, ranging from being underweight, stunting and increased child mortality, to losses in education and work productivity because of the pandemic. Ms. Narain, said,

COVID-19 has made the world’s poor poorer. About 115 million additional people might get pushed into extreme poverty by the pandemic – and most of them live in South Asia.

The study has underscored the importance of access to clean drinking water, sanitation and healthy environment. Climate change and environmental degradation are making matters worse as they help viruses mutate faster, thus increasing the rate of spread, the report highlighted. It further said,

Human activities that drive climate change and biodiversity loss also drive pandemic risk through their impacts on our environment. Changes in the way we use land, the expansion and intensification of agriculture; unsustainable trade, production and consumption disrupt nature and increase contact between wildlife, livestock, pathogens and people. The places where the disease is most likely to breed are where settlements are overcrowded; where water supply and sanitation are inadequate; and where people have no way to stay safe.

The report said that no country in the world- rich or poor had the preparedness or capability to deal with the COVID-19 pandemic. It has called for strengthening the public healthcare system and said that the pandemic has shattered the belief that private sector led health services are efficient and responsive.