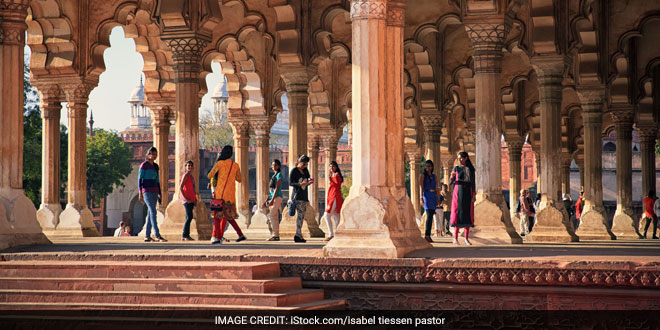 New Delhi: India will focus on cleanliness, security and better connectivity of tourist areas to boost tourism in the country, Tourism Minister Mahesh Sharma today said as his ministry gears up to celebrate ‘World Tourism Day’ on Tuesday.

“Swachhta (cleanliness), security and connectivity are the three pillars of tourism. We are working towards them (to attract tourists),” said the Tourism and Culture Minister. He said Swachh Paryatan (clean tourism) is the “dream” of Tourism Ministry “which has been inspired by Prime Minister Narendra Modi’s cleanliness movement.”

To give impetus to the cleanliness initiative, he said polythene would be banned at all tourist spots from October 2, the birth anniversary of Mahatma Gandhi.

On improving connectivity of tourist areas, Sharma said the government has proposed to develop over 50 new airports as mentioned in the new Civil Aviation Policy and is also constructing roads on an average of 17 km per day to provide last connectivity to the tourism destinations.

He said the government has also proposed to add another 25 countries on the e-visa list to attract foreign tourists. For improving security, he said, the government has launched a round-the-clock-helpline number for tourists in a dozen languages and also planned to hand over a pre-activated SIM card, as part of ‘welcome kit’ to tourists when they arrive in India to make it easier for them to contact their travel agents or friends.

Emphasising that tourism is a medium to “earn foreign exchange, employment generation and women empowerment”, he said the Prime Minister has given recognition to importance of the sector and has spoken about it at various events. On the occasion of the ‘World Tourism Day’ tomorrow, Sharma will flag off ‘Swachh Paryatan Run’ and a special sightseeing tour of the monuments and museums in Delhi for Divyang children.

The minister will also present awards to Rewarding Ministry of Tourism Offices, its organisations and of a painting competition organised by India Tourism.