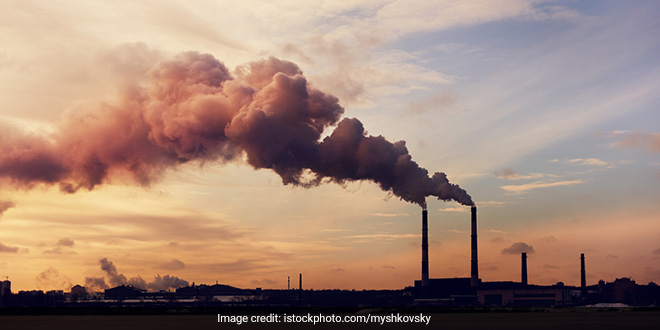 India has contributed only around 4 per cent of global cumulative emissions from 1850 to 2019: Government

New Delhi: India has used far less than its fair share of the global carbon budget and its emissions can grow as it is a developing country with sustainable development and poverty eradication among its leading priorities, the government has said. The global carbon budget is the total amount of carbon dioxide (CO2) emissions permitted over a period of time while still having a chance to limit warming to 1.5 degrees Celsius above pre-industrial (1850-1900) levels. According to India’s third Biennial Update Report submitted to the United Nations Framework Convention on Climate Change (UNFCCC) in February 2021, the country’s net greenhouse gas emissions for 2016 stood at 2.5 billion tonnes.

“Our per capita emissions are 1.96 tonnes which is less than one-third of the world’s per capita GHG (greenhouse gas) emissions and our annual emissions in 2016 are only about 5 per cent of the global emissions.”

India has contributed only around 4 per cent of global cumulative emissions from 1850 to 2019, despite being home to around one-sixth of humanity, Union Minister of State for Environment Ashwini Kumar Choubey told Rajya Sabha on Thursday (July 28).

India has maintained that historical and current greenhouse gas emissions of the developed countries are responsible for global warming and these nations should, therefore, lead climate actions.

The minister said climate change is a “global collective action problem” to be addressed through multilateralism and nations must use only their respective fair shares of the global carbon budget.

By this criterion, India has used far less than its fair share of the global carbon budget, he said.

Based on equity and the principle of common but differentiated responsibilities, as enshrined in the UNFCCC and the Paris Agreement, India’s emissions can grow as it is a developing country whose leading priorities are sustainable development and poverty eradication, he said.

In the 2015 Paris Agreement, countries agreed to hold “the increase in the global average temperature to well below 2 degrees Celsius… and to pursue efforts to limit the temperature increase to 1.5 degree Celsius”.