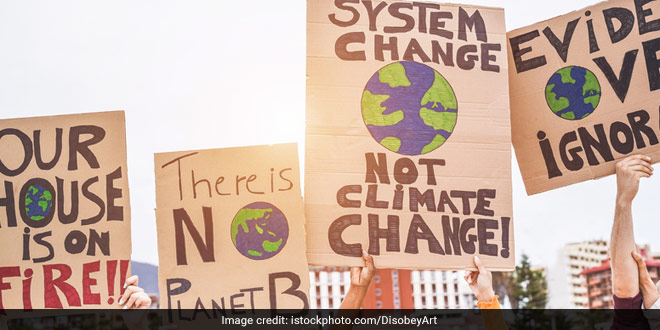 New Delhi: Union Environment Minister Bhupender Yadav on Friday met COP26 President Alok Sharma and stressed the need for effective and timely delivery of finance and technology support to developing countries to combat climate change. Mr Yadav expressed his appreciation for the leadership of COP26 president and his continued engagement with all stakeholders for the successful conclusion of the 26th session of the Conference of the Parties (COP26) of the UN Framework Convention on Climate Change held in Glasgow.

The two leaders discussed how India and the UK can continue working together to deliver the Glasgow Climate Pact, which asks governments to strengthen emission reduction plans in 2022 to prevent global warming from exceeding 1.5 degrees above pre-industrial temperatures.

He stressed the need for continued momentum of climate action and delivery of commitments for the successful implementation of the Paris Agreement.

In the 2015 Paris Agreement, countries agreed to hold “the increase in the global average temperature to well below 2 degrees Celsius and to pursue efforts to limit the temperature increase to 1.5 degree Celsius”.

During the meeting, Mr Yadav reiterated India’s commitments to the ambitious targets announced by Prime Minister Narendra Modi, including the target of 500 GW of non-fossil energy.

He thanked the UK for joining India in launching the “One Sun One World One Grid” (OSOWOG) initiative at COP26.

Mr Sharma was also apprised of the call of PM Modi at COP26 to the world community to embrace the LiFE mantra – Lifestyle for Environment — as mass movement on sustainable lifestyles to accelerate climate action and to bridge the gaps in global climate resilient transition.

Mr Sharma is on a two-day visit to India to meet ministers and climate leaders involved in the implementation of India’s COP26 commitments.

This is Sharma’s third visit to the country as COP president, and comes against the backdrop of searing heat waves in India and the UK.

After his visit to India, the COP president will travel to Australia and Fiji to engage with governments, states, businesses and civil society in support for stronger climate action ahead of COP27 in Egypt.

Monkeypox Scare In India: How Severe Is The Disease And Should We Be Worried? Experts Explain

Five Things To Know About Monkeypox