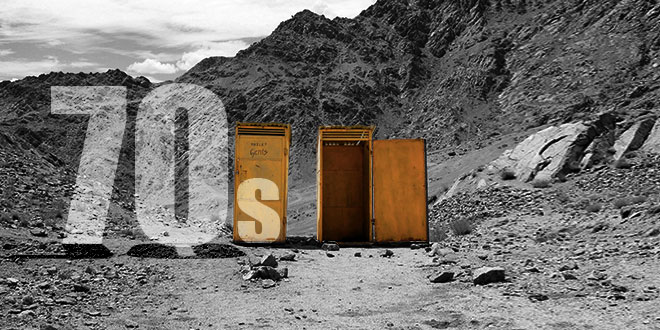 Despite more than 25 years of independence, the not so successful execution of sanitation plans in the 1950s and 60s was visible in the unimproved sanitation coverage of the country. The year 1974 played a crucial role in India’s sanitation as important decisions were taken, which paved the way for future sanitation programmes.

Sanitation once again made a comeback as a priority for the government in 1974, as a part of the Minimum Needs Programme, which itself was a part of the government’s 5th Five Year Plan. The programme identified sanitation as a minimum need necessary for basic human life. The Minimum Needs Programme had a budget of Rs 10,081 crore and sanitation was identified as a major requirement. Rural health was focused on and a target was set to achieve sustainable sanitation, drinking water supply for all by the year 2000.

The problem with Minimum Needs Programme was that the target of achieving sanitation for all by 2000 was a highly far-fetched goal. The programme did not single out sanitation as an issue in itself, but clubbed it under health, which though logical, did little to help the sanitation cause in the country. The programme did not define the different needs of rural and urban sanitation and funds were allocated to the state governments to work on the public health sector. Since no separate funds were allocated for toilets, spending on building and repairing of toilets were minimal. Though an amount of Rs 170 crore was spent between 1974 to 1979 in improving rural sanitation, rural sanitation coverage did not improve much. 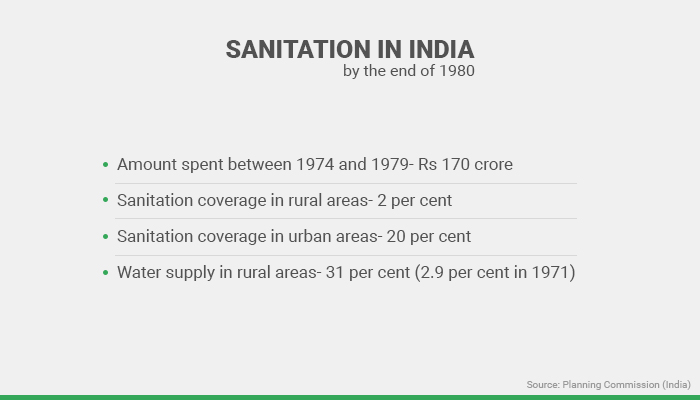 By 1980, though the sanitation scenario did not improve much, water supply showed significant improvement

The Minimum Needs Programme had the budget but lacked in ideas. It set an unrealistic target of the year 2000 but failed to explain how it would be achievable. However, improvement of water supply in this decade was an undoubted achievement. Because of water’s direct link to sanitation, this improvement was helpful in the coming decades, said Dr Arunangshu Mukherjee, Lead Scientist, Central Ground Water Board, Ministry of Water Resources.

Related Topics:
Drinking Water and Sanitation sanitation Toilets
Up Next

India@70: Two Decades And The Five Year Plans Which Focused On Sanitation