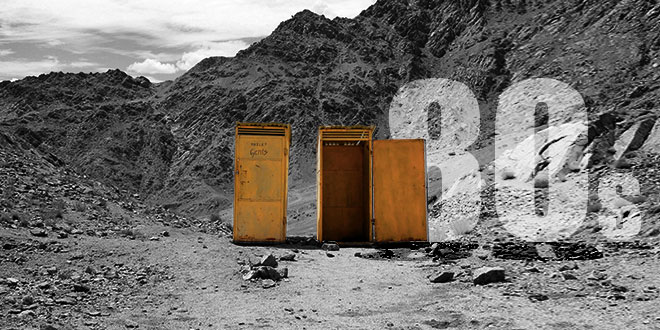 1980s arrived in India with the burden of over three decades of underachieved sanitation goals. But it also became Indian sanitation’s history’s most important decade with a comprehensive sanitation programme, in which the later nationwide sanitation missions had their roots.

The problem of sanitation was not restricted to India. Developing nations of South Asia, as well as Sub-Saharan nations in Africa were reeling with lack of toilets and drinking water, resulting in numerous annual deaths. To bring to attention the problem of sanitation in developing nations, the United Nations designated the 10-year period from 1981 to 1990 as the International Drinking Water Supply and Sanitation Decade. The aim of the decade was to bring clean water and sanitation facilities to everyone by the end of 1990.

Recognising the importance of drinking water and sanitation, India also wholeheartedly adopted the decade and its objectives. The programme was in several ways, a game changer for India’s sanitation scenario. For the first time, sanitation was seen as not an extension of public health but as a priority in itself. Many of the present Swachh Bharat Abhiyan’s methods have their roots in the sanitation programme of 1981. Though no formal sanitation programme was launched by the Central government, the adoption of the decade in itself was a sign that sanitation was taken as a serious priority level objective.

The United Nations recognition of sanitation problems in South Asia also helped India understand how problematic the sanitation conditions were in the country. The decade was touted to bring in change in global sanitation scenario and India too saw major improvement in rural sanitation, said Sunil Samuel, Water and sanitation specialist, World Bank.

As a part of adopting the programme, the Central government laid stress on setting targets for states to eradicate open defecation, encourage community participation in building toilets so that sanitation becomes a community prerogative, encourage community financing so that construction of toilets does not become a financial burden, and utilise appropriate technology to improve sanitation conditions. States were asked to ensure supply of 40 litres of water per person per day, and conversion of dry latrines to low cost sanitary latrines. Many of these are presently the highlights of India’s ongoing sanitation mission. The adoption of the sanitation decade, along with the launch of the Central Rural Sanitation Program in 1985 finally saw improvements in India’s sanitation numbers. By the end of 1991, Census data stated that rural sanitation had improved to 9.5 per cent and urban sanitation had improved to 63.9 per cent.

India@70: 1974 Saw Adoption Of A Programme To Provide Sanitation For All In 30 Years