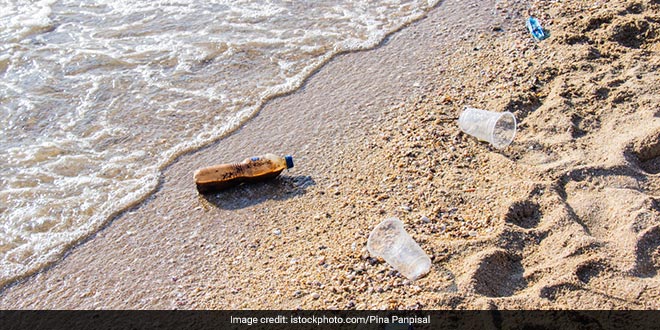 Thiruvananthapuram: The Indian Coast Guard has conducted the International Coastal Cleanup (ICC) day in all Coastal States and Union Territories of India under the aegis of the United Nations Environment Programme (UNEP) and South Asia Co-operative Environment Programme (SACEP) in the South Asian Region. According to the press statement from Defence, approximately 300 volunteers from the Indian Coast Guard, Coastal Police, and Kerala police participated in the Coastal Cleanup activity on Saturday (September 18). The event was conducted observing all COVID protocols and avoiding mass gatherings with a minimum participation of personnel including two members from Coastal Police, Vizhinjam, the press statement said.

Also Read: Cleanliness Drive Has Been A Big Support In Fight Against Coronavirus, Says PM Narendra Modi As He Inaugurates Rashtriya Swachhata Kendra

In Trivandrum, Station Commander and personnel of Indian Coast Guard Station Vizhinjam undertook cleanup of the Grove beach in Kovalam. Similarly, the Indian Coast Guard District Headquarters (Mahe and Kochi) conducted Coastal Cleanup Drive along with the Fort Kochi and Cherai Beaches. The participants were emphasized on the need for cleaner beaches for a better marine environment, litter-free surroundings and their impact on overall healthy life.

The ICC campaign resulted in the collection of 1500 Kgs of marine litter. About two trucks of trash and debris were collected by the participants during the drive and the same has been transferred to the dumping ground by Kochi Municipal Corporation.

Also Read: Heroes Of Swachh India: Meet Afroz Shah, The Man Who Turned The Tide Against Dirty Beaches With His Cleanup At Versova

As per the statement, the International Coastal Clean-up day at Lakshadweep was coordinated by Lakshadweep Coast Guard District in association with the Department of Forest and Environment, UT of Lakshadweep at Kavaratti. The local populace, School Children, government officials, Indian Navy and Coast Guard personnel actively participated in the event “Beach Cleaning” program at Kavaratti. Indian Administrative Service (IAS) Anbarasu graced the occasion as chief guest and enlightened the importance of beach cleaning and its importance towards the livelihood of the Lakshadweep fraternity.

At Kavaratti, the children participating in the event displayed placards highlighting the importance of maintaining clean sea and beaches. Deputy Inspector General of Police (DIG) Dinakaran, Commander, Coast Guard District-12 and Damodar AT, IFS distributed certificates to the school children for their active participation. At Minicoy and Androth, 2000 kgs of plastic were collected from all households and beaches with a theme of plastic-free Minicoy. The International Coastal Cleanup (ICC) began more than 30 years ago when communities rallied together with the common goal of collecting and documenting the trash lingering on their coastline.

Also Read: Warriors Of The Decade: Here Are The Heroes Who Are Fighting For A Swachh And Swasth India

Covid Variants Getting Better At Travelling Through Air, Study Shows