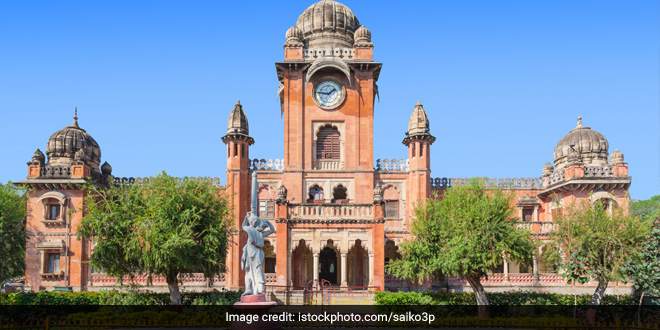 New Delhi: Indore, India’s cleanest city is now the first “water plus” city of India under the Swachh Survekshan 2021, Madhya Pradesh Chief Minister Shivraj Singh Chouhan announced via Twitter. According to CM Singh, Indore, the state’s commercial capital, has set an example for other cities in the country.

Heartiest congratulations to the citizens of Indore as it becomes the first SBM (Swachh Bharat Mission) Water+ certified city under #SwachhSurvekshan2021. Indore has been an example for the whole nation for its determination and dedication towards cleanliness. May it continue to bring glory to the state, Mr Chouhan said in a tweet.

Heartiest congratulations to the citizens of Indore as it becomes the first SBM Water+ certified city under #SwachhSurvekshan2021. Indore has been an example for the whole nation for its determination and dedication towards cleanliness. May it continue bring glory to the state!

As part of the Swachh Bharat Mission, Swachh Survekshan, an annual survey of cleanliness, hygiene and sanitation in cities and towns across India was introduced. Indore has emerged as the cleanest city in the country for four years in a row.

According to protocol and the toolkit provided by the Union Ministry of Housing and Urban Affairs, a Water Plus city certificate is provided to a city for maintaining cleanliness in rivers and drains under its administration. A city can be declared as Water Plus only after all wastewater released from households, commercial establishments, and is treated to a satisfactory level before releasing the treated wastewater to the environment. The guidelines read,

As Swachh Bharat Mission has progressed significantly, it is imperative that progress attained in achieving our objectives be sustained financially and in an environmentally feasible manner. Cities are now working towards sustainability of sanitation status, by ensuring that no untreated wastewater is discharged into the open environment.

Also Read: Swachh Survekshan 2021: Here Is How Indore Is Gearing Up To Win Top Ranking For The Fifth Time

After ODF, ODF+ and ODF++, comes the Water Plus tag. According to the guidelines of Water Plus Protocol of Swachh Survekshan, 1,746 public and 5,624 domestic sewer outfalls in 25 small and big nullahs were tapped by the IMC which also freed the city’s Kanh and Saraswati rivers from sewer lines.

He further informed that seven sewerage treatment plants were constructed in the city and about 110 million litres per day (MLD) treated water from them is being used.

According to the guidelines of Water Plus Protocol, 147 special types of urinals were constructed in the city. Besides, the work of cleaning ponds, wells and all water bodies has also been done. Lastly, the protocol also requires 30 per cent of the city’s sewer water to be recycled and reused, we are happy to inform that we are reusing 35 per cent of this water at construction sites and by citizens for gardening purposes, he added.

Mr Warsi also told NDTV, that presently Indore is among the six cities in the country to hold a Five-star rating in Garbage Free Cities Rating, which was one of the four important components of Swachh Survekshan.

Following Navi Mumbai from Maharashtra, Ambikapur from Chhattishgarh, Rajkot from Gujarat, Surat from Gujarat and Mysore from Karnataka, Indore is the only city from Madhya Pradesh to make it in the top six cities in the country in Garbage Fee Cities Rating. However, there are no cities in the seven star category yet. According to Mr Warsi, being a Water plus city is an important factor in getting the seven-star rating, and since Indore has earned this tag, it brings them one step closer to achieving it.