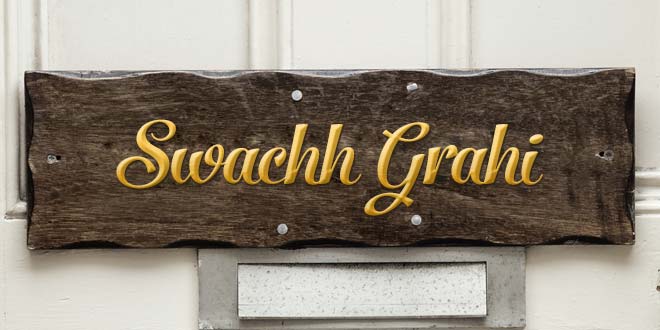 New Delhi: An NGO in association with Urban Development Ministry today launched an initiative where in households in various parts of national capital will be given nameplates, with cleanliness logo, to be displayed outside their houses.

“The purpose of displaying the nameplate ‘SwachhaGrahi’ is to reinforce the message of keeping one’s house and surroundings clean among the residents of India and in the process encourage the citizens to contribute towards cleanliness and green environment,” a release said.

Urban Development Joint Secretary, Praveen Prakash expressed hope that the initiative will encourage more citizens to be a part of the Swachh Bharat Mission.

Sanjeev Arora, chairman of the NGO Indrapasth Sajeevni said they will work with various residential societies, Resident Welfare Associations including households in middle and lower middle class homes to encourage people to display this nameplate.

The initiative will start from Karol Bagh on December 25, the birth anniversary of former Prime Minister Atal Bihari Vajpayee. Pop singer Daler Mehndi was also be present on the occasion to promote the initiative.

Related Topics:
Ministry of Urban Development Swachh India
Up Next