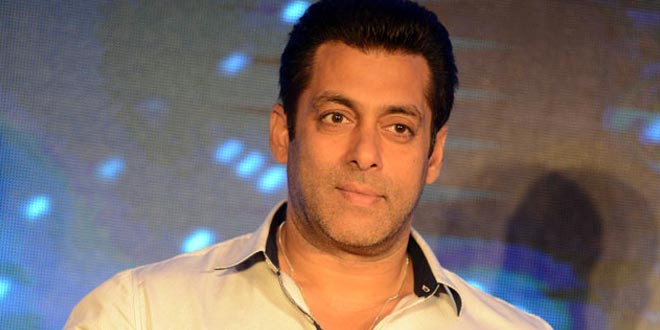 Mumbai: Superstar Salman Khan who was roped in by Brihanmumbai Municipal Corporation (BMC) in its drive against Open Defecation and litter in Mumbai has now officially accepted to become the brand ambassador for the campaign and do his bit for cleaning up the city.

The Dabangg star met BMC Chief, Ajoy Mehta and Yuva Sena Chief, Aaditya Thackeray, and donated five mobile toilets to the BMC, each toilet is accompanied with six seats. Mr Khan tweeted about his meeting with the BMC officials and appreciating their work he said that these officials do a thankless job and he will soon share details about the work he will be doing with them.

Met commissioner& officials at BMC office.Soon going to share info about d work, all of them do a thankless job which is fab,Appreciate them pic.twitter.com/eM0Znsv6cQ

Ajoy Mehta, on his part thanked the actor for discharging his duties towards the society and added, “Our administration is making every step to keep the city clean and the actor’s active contributions in our efforts would definitely give a fillip to our efforts.”

“Having a large fan following and being a popular actor, Salman’s support in terms of offering five mobile toilets across the city would help us reduce open defecation,” added Ajoy Mehta.

Salman Khan also urged citizens to participate actively in the Swachh Bharat Abhiyan campaign and use toilets instead of defecating in the open. He said, “It (open defection) is not at all cool.”

Mr Khan also added that he was happy to be a part of the civic body’s campaign through his Being Human Foundation and would try to sensitise and educate people of Mumbai about the menace of open defecation.

“In a mega-city like Mumbai, this looks really awkward to find people defecating in open. I will try my best to tell them to do away with this practice,” he said.

A senior BMC official said in the coming days the civic body will be shooting some audio-video presentations which will be released on different media platforms to educate people about the menace of open defecation. According to an estimate of the civic body, there were over 117 major open defecation spots in city, mainly located across the plots owned by government departments and agencies, which have been reduced to 21 in the last two years following its extensive drive against the menace.

“Currently, major open deification spots are in Colaba, Bhandup, Chembur, Malad, Kurla and Andheri,” the officer said, adding BMC has a plan in place to eradicate “this social evil” by building toilets.

The areas which are now ODF include Dongri, Pydhonie, Chira Bazar, Bhendi Bazar and parts of Marine Drive.

Is Yours A Swachh Home? Now Your Nameplate Will Say It All