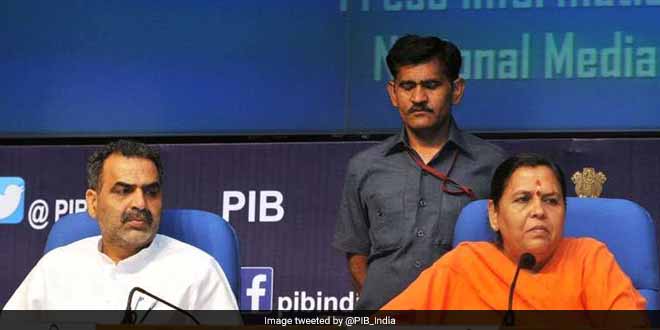 New Delhi: A year and half after the Union Cabinet approved River Ganga (Rejuvenation, Protection and Management) Authorities Order in January 2016, Minister for Water Resources, River Development and Ganga Rejuvenation Uma Bharti said that it will take ten years to clean-up the river and ensure its proper ecological flow of the river. Speaking at length at a press meet held at the National Media Centre, New Delhi on June 19, Ms Bharti spoke at length about the various initiatives undertaken by the Ministry of Water Resources to address the problems facing river Ganga.

Here are the Top 5 things that Ms Bharti spoke about on the progress of rejuvenating Ganga:

The Minister also took the occasion to announce that she will be meeting the Uttar Pradesh Chief Minister Yogi Adityanath next week to discuss the issue of shifting tanneries from Kanpur to some other location. The 4,000 tanneries have been the main source of Ganga pollution in Kanpur, but the dependency of nearly 2 million people on these tanneries for their livelihood has cast a shadow on the decision to move these tanneries.

I will speak to the Chief Minister about the issue of Kanpur tanneries. We do not want people’s livelihoods to be affected at any cost. But industries dependent on the Ganga must also realise that without a healthy and functioning river, their operations will soon cease to exist. I will discuss the issue with the Chief Minister in detail, said Ms Bharti.