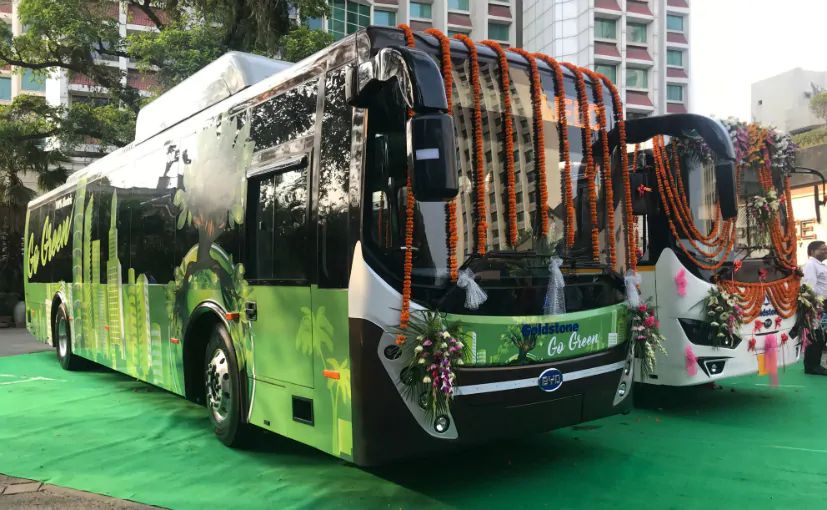 New Delhi: God’s own country – Kerala has a target to switch to one million electric vehicles (EVs) by 2022. State’s Finance Minister Thomas Isaac made this announcement this month in his Budget Speech for the year 2019-2020. Kerala government has put in place Rs. 12 crore for e-mobility fund and has been taking required steps to make a complete electric switch for buses and other vehicles in the state on priority. The recent step being the procurement of five new electric buses that will ply on the following routes – Thiruvananthapuram city to Kaliyikkavila, Peroorkada to Nedumangad, Pothencode to Venjaramoodu and Thiruvananthapuram city to Koval.

Talking to NDTV about the electric buses and highlighting its features, a senior official from Kerala State Road Transport Corporation (KSRTC) said,

The 9 metre zero-emission, air conditioned, low floor bus has a capacity to seat 31 passengers. On a single charge of 2 to 2.5 hours, the bus can run for 240 kms. Moreover, the bus has a kneeling facility that makes it specially-abled and senior citizens friendly.

Asserting that the switch to electric buses is the need of the hour, keeping in mind the growing issues of air pollution, the official further added,

This is a positive move the state has taken; citizens too are accepting the new generation vehicle. Along with being pollution-free, the buses have a low cost of operation as compared to the traditional buses. The government of Kerala already has made the announcement that about one million EVs will be running on the state’s roads by 2022. It is also been announced that Thiruvananthapuram city fully has to switch to electric buses on priority. The budget for all these activities has been announced, we are just waiting for the actual plan of action to be rolled out by authorities, we are expecting, everything related to electric vehicles will be freeze by April. And soon you will see more news on electric vehicles being plying on Kerala roads.

Kerala has procured 10 electric buses in total from Olectra, on pay per kilometer partnership basis for 10 years, wherein the state will be paying the company approximately ₹49 per km.

The 5 new buses hit the roads recently after its successful trials and operations at Sabarimala pilgrims last year.

Kerala government has an ambitious plan to create a pilot fleet of 2 lakh two-wheelers, 50,000 three-wheelers, 1,000 goods carriers, 3,000 buses and 100 ferry boats by 2020, in an effort to meet its target of one million EVs on the road by 2022. The state has set this deadline keeping in mind the vision of India to ensure 30 per cent of the vehicles on road are electric by 2030.

Also Read: Electric Vehicles: Government To Setup Charging Stations At Every 25 Km By 2030