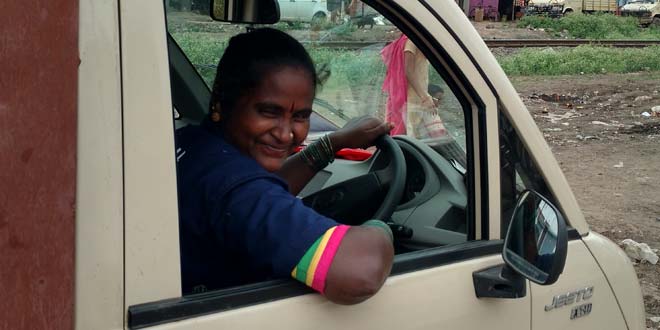 New Delhi: A typical day for Pune resident, Manisha Bhandare begins at 4 am with household chores. At 7am she begins her daily Swachhta run. She gets behind the wheels of a truck and drives from house to house collecting garbage. Every day, Manisha and her fellow volunteers make about 6-7 rounds in south-eastern stretch, Pune, and collect approximately 1 tonne of garbage. At the end of her rounds, she hands over the garbage to the ‘ghanta gaadi’- the Municipal Corporation’s truck. After her Swachh duty, she goes back to her daily household chores and waits for her children to return from school.

It is hard to believe but Manisha did not even know to drive until 4 years back. It was her mother, a ragpicker with a waste management cooperative SWaCH (Solid Waste Collection and Handling) who encouraged her to go learn a new skill and go beyond being a ragpicker. 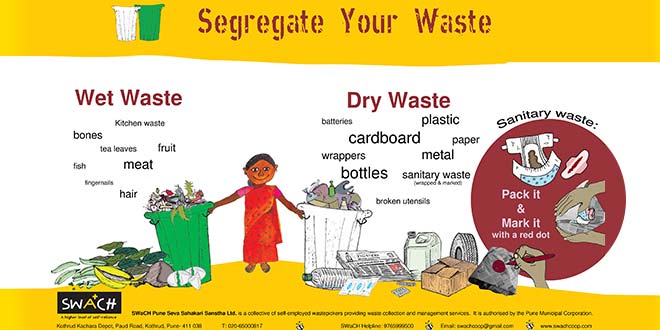 SWaCH works in collaboration with Pune Municipal Corporation (PMC). It was formed in 2000 after government passed the Municipal Solid Wastes (MSW) laws to improve sanitation conditions by processing waste segregation.

Out of a workforce of 2,800 members, 75% of its members are female workers who provide door-to-door services of collecting waste in several parts of the city. Manisha is the first among them to be employed as a driver.

When asked if she faces any biases being the only female driver, she proudly said “Pratyekjana Salaam Thokte (everyone salutes me). There is absolutely no problem being a female driver. In fact, many girls have joined the organization and now aspire to become drivers.” 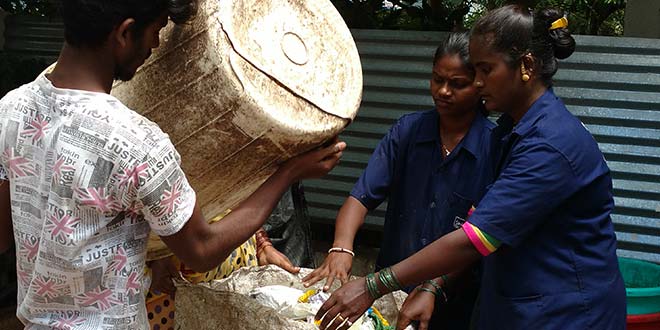 For Manisha, segregation of waste can solve a large part of health related issues. She believes it is a long way before every Indian household adopts the system of separating the dry and wet garbage.

The Swachh Warrior also gives awareness lessons on waste management to the citizens. While giving the service, Manisha ensures she gets adequate feedback from every household for improvisation purposes.

Citizens of Pune are now used to the front end waste management services of SWaCH  so much so that they cannot do without Manisha and her team. of Swachh warriors.

Today, life has taken a new turn for her. Apart from being financially independent, she has earned respect from her family, her co-workers and the citizens of Pune.

She signs off by saying, “Sagdejana Swachh Raha! (Be clean, everyone!)”