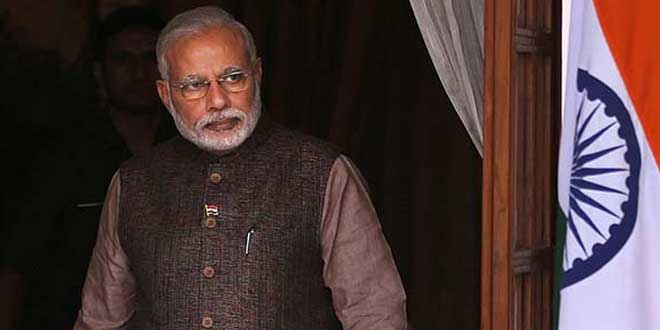 New Delhi: Women sarpanches who have done exemplary work under the Swachh Bharat Abhiyan, will be felicitated by Prime Minister Narendra Modi on the occasion of International Womens’ Day.

The Prime Minister will honour and give awards to the women sarpanches for their contribution in the Clean India campaign at a function likely to be held at Gandhinagar, in Gujarat, on the occasion of International Womens’ Day on March 8, sources said.

The aim behind organising this event is to motivate the women and increase their involvement with this campaign, they added.

The Swachh Bharat Abhiyan (SBA) was officially launched on October 2, 2014 by PM Modi himself.

The campaign aims to clean the streets, roads and other infrastructure across the country.

As part of this campaign, the government is aiming to achieve an open defecation free (ODF) India by October 2, 2019, the 150th anniversary of the birth of Mahatma Gandhi, by constructing close to 9 crore toilets.

So far, about 3.46 crore toilets have been constructed and about 1.65 lakh villages have become ODF.

In last two years, sanitation coverage of the country has also increased to 61.16 per cent from 42 per cent, according to official data.

She Learned To Drive To Keep Her City Clean