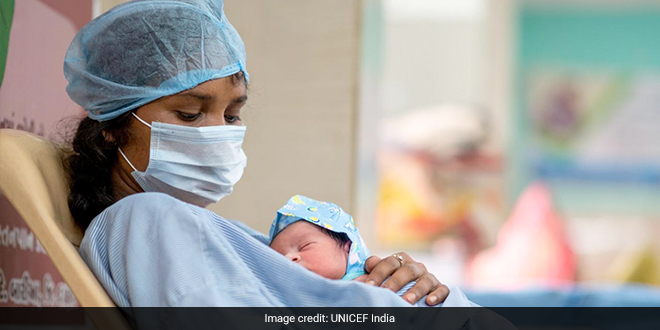 The report also pointed out that the number of institutional deliveries conducted (including C-section) reduced in most states and UTs (32 out of 35 states/UTs) compared with the number of such cases recorded during the pre-pandemic period.

The largest decline was witnessed in Bihar and Chandigarh, it added.

According to the report, utilisation of fund under the Centre’s flagship Poshan Abhiyaan was highest in Kerala (58 per cent) and lowest in Odisha (8 per cent) among larger states by the end of FY20.

Referring to issues related to human resources, the report said 15 states have filled more than 75 per cent of the Auxiliary Nurse Midwife (ANM) positions, whereas the data for Punjab were not available.

While the information on ANM positions filled was not available for Punjab, it said states like Himachal Pradesh, Uttar Pradesh, Tripura and Bihar filled the least ANM positions.

Additionally, states like Bihar, Jharkhand, Kerala, Punjab, Rajasthan, Telangana, Uttarakhand, north-eastern states and UTs must focus on child immunisation, antenatal care (ANC) check-ups, and the use of Oral Rehydration Solution (ORS) for treating diarrhoea, it noted. In 2018, the Centre launched its flagship programme Poshan (Prime Minister’s Overarching Scheme for Holistic Nourishment) Abhiyaan to draw national attention to and take action against malnutrition in a mission mode. It is a scheme under the ICDS umbrella which converge with other programmes and service delivering nutrition interventions during the first 1,000-day period of a child’s birth.

The mission is aimed at delivering a high-impact package of interventions in the first 1,000 days of a child’s life; strengthen the delivery of these interventions through technology and management; improve the capacity of front-line workers; facilitate cross-sectoral convergence to address the multi-dimensional nature of malnutrition, and enhance behaviour change and community mobilisation.

Also Read: COVID Hit Pregnant And Breastfeeding Mothers And Vaccination For Them: Expert