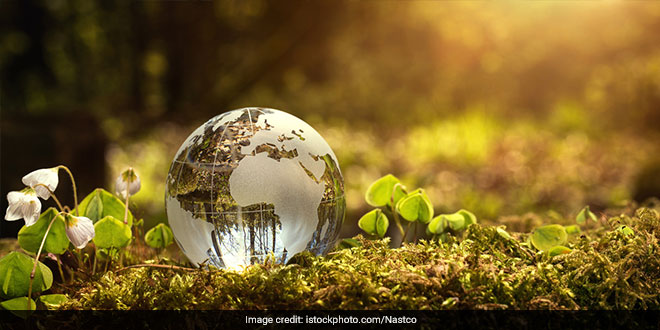 New Delhi: “There is no other planet like Mother Earth,” tweeted the Bollywood actor Arjun Kapoor, as he urged his followers to do their bit for the environment, to observe World Earth Day 2019. World Earth Day is celebrated worldwide on April 22, to mark the anniversary of the modern environmental movement which originated in 1970. This year’s theme to celebrate the Earth Day is “Protect Our Species” with the aim to raise awareness about the growing list of endangered species in the world.

There is no other planet like Mother Earth. Protect it. Love it. Do your bit. #EarthDay

Other celebrities too requested people to be mindful about the environment by doing their bit and spoke about the importance of the day to generate awareness, Dia Mirza said,

Just as our Birthday celebrates the blessing of life, let this Earth Day be a reminder, that the ONLY way we will survive is when we allow our Planet to THRIVE! Protect wildlife, forests, reduce consumption and say NO to single-use plastics.

Happy #EarthDay! Just as our Birthday celebrates the blessing of life, let this Earth Day be a reminder, that the ONLY way we will survive
is when we allow our Planet to THRIVE! Protect wildlife, forests, reduce consumption and say NO to single use plastics. @healinghimalaya ???????????? pic.twitter.com/88gZCIN5Pn

This #EarthDay , it is important for us all to remember that the Earth belongs as much to all the other species as much as it does to us human beings. Let coexistence be our motto. Let them thrive. Let them live. Let our Mother Earth flourish.

Taking care of our little blue planet should be on our minds not just today, but everyday… after all its the only one we have!

“We don’t inherit the earth from our ancestors, we borrow it from our children,” said Juhi Chawla on her Instagram.

It’s scary that all this natural beauty might not even exist for our future generations if we don’t learn how to respect it and preserve it. Let’s pledge to do our bit, doesn’t matter how big or small on this #EarthDay

“Live on it well. Serve it well. Cherish and Respect it,” pleaded the Musician Daler Mehandi.

Live on it well. Serve it well.
Take care of it. Cherish and Respect it. #EarthDay pic.twitter.com/F8T9Vfp9Ij

“The problems our planet is facing are fatal and real,” said Singer-Songwriter Ananya Birla.

Let’s take care of our earth. It’s our home. It’s where we all live. The problems our planet is facing are fatal and real. #EarthDay

I believe that innovation and breakthrough technologies can help us transition to a low carbon future. We must work together to gift our children #ACoolerPlanet. Join me on this #EarthDay and support the Global @CoolingPrize: https://t.co/zt297lR0m6 pic.twitter.com/D7iX1aPLwj

Actress Mallika Sherawat encouraged everyone to plant a tree with her tweet.

On the other hand, Isha Koppikar pleaded everyone to pledge to protect and nurture the Earth.

We do not inherit the earth from our ancestors, we borrow it from our children. This #EarthDay let’s pledge to protect and nurture it. #IshaKoppikar #nature #earth #environment pic.twitter.com/nAjslFOo5W

Padma Shri Award-winning international sand artist, Sudarsan Pattnaik also contributed to raising awareness for the Earth Day with his latest sand art. Mr. Pattnaik tweeted: “Let’s act before it’s too late” with a picture of his sand art which on one side depicts the Earth in a draught with ‘Global Warming’ written on it. Whereas, the other side of the sand art showcases the importance of tree plantation for healthier earth with “act fast before it’s too late,” written on it.

#EarthDay  lets act before its too late….???? pic.twitter.com/S5VCDAfMPz

Stressing on the famous author and marine biologist Rachel Carson’s quote – “In nature, nothing exists alone,” the Earth Day Network is stressing on the fact that each living being plays a unique role in the ‘complex web of life’. The organisation calls each person on the planet to work together to protect endangered and threatened species that include bees, coral reefs, elephants, giraffes, insects and whales among others.