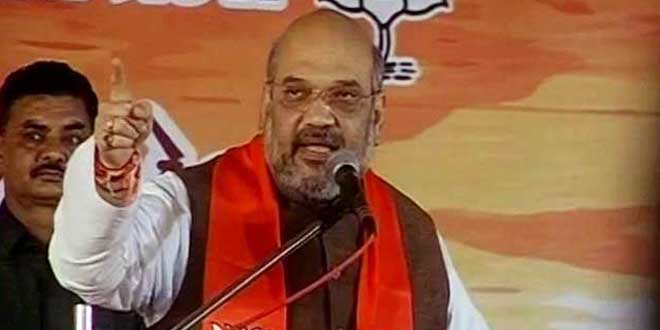 New Delhi: Wiping out the “curse” of manual scavenging is the “top most priority” for the central government, BJP President Amit Shah said today.

In an apparent attack on the Congress, Shah said that it was “unfortunate” that no steps had been taken to convert the cause of sanitation into a mass movement, even “years into independence”.

“The top most priority of the PM Narendra Modi’s government is to liberate people from the curse of manual scavenging. It is unfortunate that even after so many years of independence that someone had to take up the cause of sanitation,” he said.

The BJP chief was speaking at an event organised by Sulabh International.

Shah credited PM Modi for turning the campaigns against social ills into mass movements and went on to name flagship initiatives such as Beti Bachao, Namami Gange and Swachh Bharat Abhiyan as examples.

To date, 2502 villages, 67 districts and three states have been made open defecation and manual scavenging free, Shah claimed, promising that these “achievements” would be replicated across the entire country soon.

Fine Of Rs 10,000 For Throwing Waste In Public Places: NGT