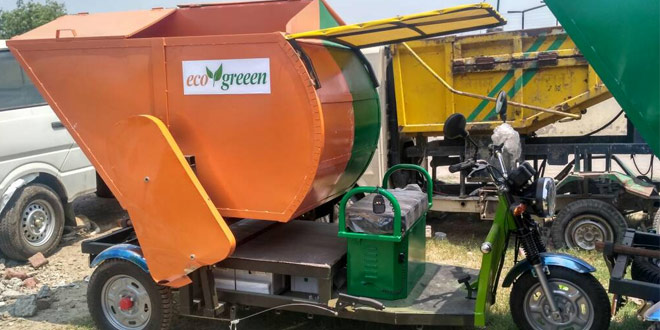 Disappointed by the recent Swachh Survekshan results which placed the capital city of Uttar Pradesh at 269th position, the Lucknow Municipal Corporation (LMC) has made waste management its top priority this World Environment Day. Taking the waste segregation pledge, the LMC launched 95 e- rickshaws a few days back to tackle city’s garbage problem. These rickshaws will mainly focus on clearing city’s litter from roads and other public places. As per the Swachh survey results, Lucknow secured merely 900 out of 2000 points in the category of overall sanitation and cleanliness.

“Due to administrative issues the LMC couldn’t even deal with city’s one third waste, but now we have assigned the garbage treatment contract to a new agency and we are in the process of revamping our waste collecting methods,” Pankaj Bhushan, Environment Engineer, LMC tells NDTV.

Keeping Prime Minister Narendra Modi’s announcement of Nationwide waste management campaign from June 5 till October 2 in mind, the waste collecting vehicles have been designed to have in-built compartments clearly demarcated and colour coded for dry and wet wastes. On the recent Mann Ki Baat, Prime Minister Modi had announced that 4,000 cities will participate in the waste segregation campaign on World Environment Day. 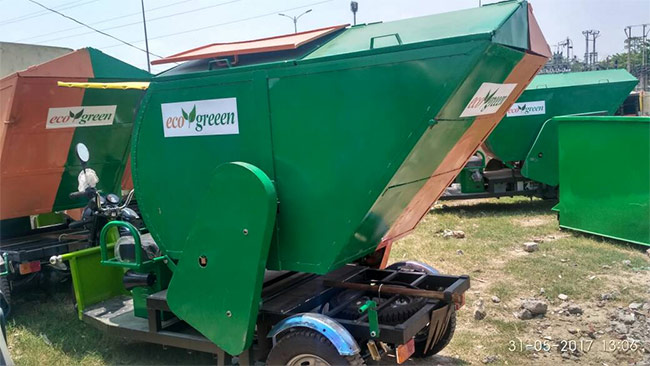 51 E-Rickshaws were launched in zone 8

As municipal corporations across India prep themselves for the big shift to waste segregation at source, the LMC has dedicated an entire week to celebrate the World Environment Day. On June 1, the civic body devoted the entire day to sensitise sanitary workers of the city. In addition, the officials also prepared the workers for the massive launch by educating them about waste segregation. On June 2, the municipal body held workshops and discussions, on the need to keep dry and wet waste separate, with city’s Resident Welfare Associations (RWAs). 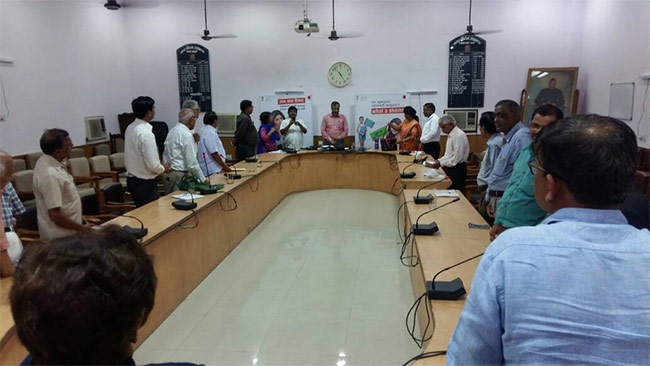 The LMC aims to enhance their cleanliness levels with the ‘Information, Education and Communication’ mantra, “The LMC in collaboration with the local NGO’s, will also organise ‘Nukad Nataks’ (street plays) and competitions in different parts of the city over the weekend to inform and educate our citizens,” says Mr Bhushan

On the World Environment Day, to encourage waste segregation at source, the LMC will distribute 900 green and blue coloured dustbins along with 2,000 bags for bio-degradable waste in about 400 households as a symbolic distribution. To generate awareness among citizens, officials will conduct an educative rally in Zone 8 teaching people how to segregate waste.

Under the Environment Day plans, the city will also install 10 underground dustbins across the city by end of this month; presently the city has two of them. These dustbins will be installed to ease the process of collecting garbage as the cranes will directly lift the trash from them and put it into municipal trucks without any spillage, tells Mr Bhushan.

Lucknow generates nearly 13,000-14,000 tonnes of waste on a daily basis and to unburden the Ghaila trenching ground, the LMC is targetting to treat 100 per cent of its waste in coming few months confirmed Mr Bhushan.