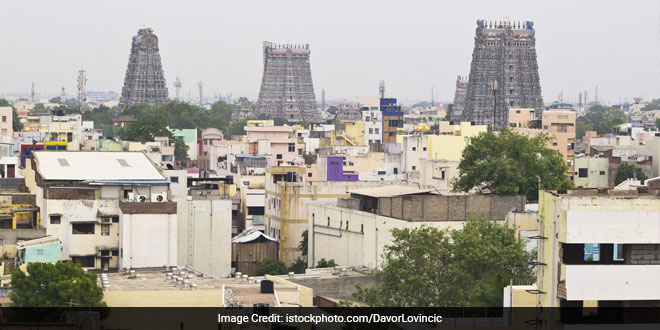 Madurai: The City Corporation will strive to make the city open defecation free by 2017-18, Madurai Corporation Commissioner Sandeep Nanduri said here. He made the announcement while presenting the budget of Rs 2,544 crore with surplus accounting for Rs 1.89 crore for 2017-18, last evening, a release here said today. So far 56 wards of the Corporation have been declared open defecation free while the remaining 44 will be made free from the menace this year, the Commissioner said.

Property tax collection has been streamlined and 90 per cent of the dues have been collected by March 31, making the surplus budget possible, he noted.

On the smart-city programme, Nanduri said, a detailed project report has been forwarded to the government for Rs 1342 crore.

The newly-added 28 wards of the civic body would get underground drainage system shortly, the release said.

Steps will be taken to enhance the green cover of the city, Nanduri said adding a disabled-friendly park will also be set up at an outlay of Rs 30 lakh.

Public sector undertaking Bharat Petroleum Corporation ltd has offered to contribute Rs 11.36 crore towards the cleanliness of Meenakshi Amman temple, which has been chosen under Swachh Bharat Abhiyan scheme, he added.