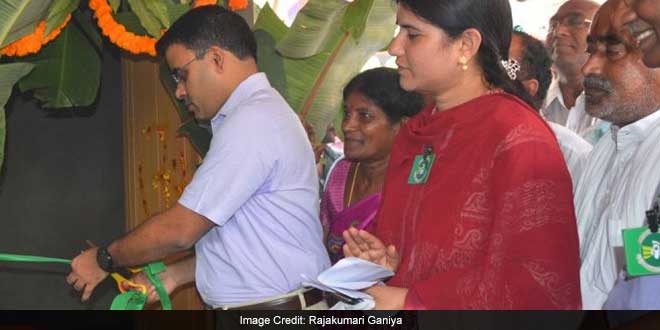 For the larger part of her life, 50-year-old Aadamma knew of only two ways to relieve herself. One was defecating in the open, and the other, marginally safer option was to use makeshift toilets which were equally unhygienic. Aadamma from Vizianagaram in Andhra Pradesh is one of many inhabitants of the district who have never had access to proper toilet facilities. Her plight was confirmed by the district officials who, during collating data on open defecation free status, realised that the sanitation scenario was dismal in the district. It was then that the district administration decided to take drastic measures at breakneck speed to improve the sanitation condition in the villages of Vizianagaram. The “10,000 IHHLs in 100 hours” campaign was launched, under which 10,000 toilets were built in 71 gram panchayats in just 100 hours or approximately 4 days.

Until earlier this year, the sanitation scenario in Vizianagaram was dismal. Till February 2017, no block in the district had more than 50 per cent ODF coverage. Only 44 out of the 923 gram panchayats had achieved the ODF status. Vizianagaram ranked a low 12th among 13 districts in Andhra Pradesh, with sanitation coverage of only 21.8 per cent. 29 out of the total 34 blocks in the district had sanitation coverage of less than 30 per cent. 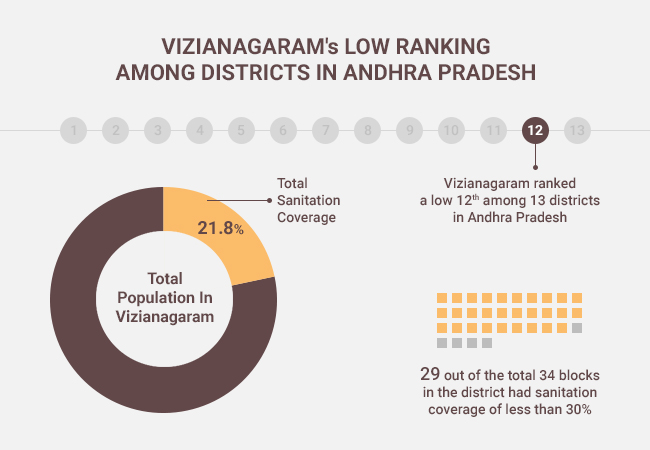 Vizianagaram ranked a low 12th among 13 districts, with sanitation coverage of only 21.8 per cent

“When we looked at the statistics, we realised that the number of toilets required was dismally low compared to the population in the district. We decided to hold district level administrative meetings and awareness meetings at the community level to push forward the idea of the campaign,” said Rajakumari Ganiya, Deputy Collector, Vizianagaram. 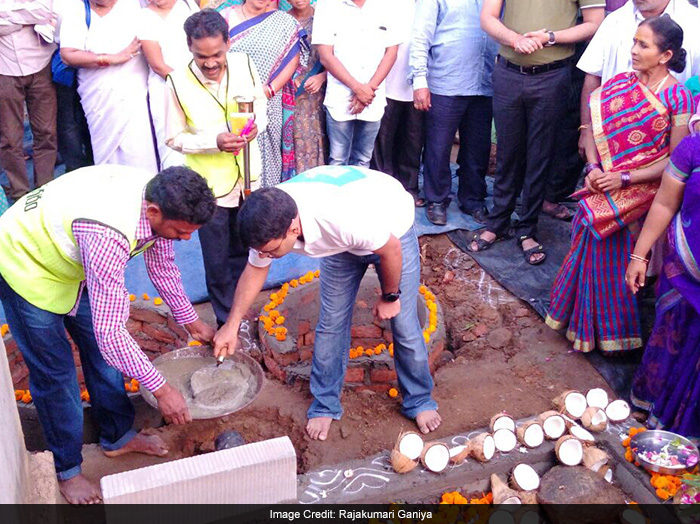 Work in progress for construction of toilets

The idea for the campaign was pitched to G.Sai Prasad, Prinicipal Secretary, Government of Andhra Pradesh and on receiving his nod, detailed discussions were held with other officers at the district level. The necessary technical support to monitor the process documentation was sought from UNICEF’s Hyderabad field office.

A total of 71 gram panchayats were chosen to be covered under the campaign. 39 of these gram panchayats were placed under the Mahatma Gandhi National Rural Employment Guarantee Scheme (MGNREGS). The remaining 32 were chosen from the Swachh Bharat Mission (Gramin) campaign. Over 3000 officials from various departments were mobilised to give the campaign its desired shape. Over 2,000 labourers were assigned to work on the campaign.
The Andhra Pradesh Government’s flagship programme Stree Nidhi Credit Cooperation provided timely, affordable and interest-free loan of Rs 12,000 to each beneficiary for the construction of the Toilets. Given the time frame of the campaign, a quick disbursal of the loan amount helped the campaign as construction of the toilets began with enthusiasm and vigour.

Aadamma’s desire to finally get a toilet installed saw its inception on March 10, when the campaign was formally launched. Construction began with full swing the work was continuously monitored by district officials, NGO members and third party monitoring teams consisting of members of organisations such as Lion’s Club, Rotary Club and members from Chamber of Commerce. This was done to ensure that there was no dearth of monitoring and that all the ongoing work met the set deadline.

While construction was ongoing, the campaign also faced minor challenges. Some community members refused to install toilets as they were of the opinion that toilets weren’t necessary. Many were also under the misconception that constructing leach pits would result in soil contamination and dug trenches for septic tanks instead. 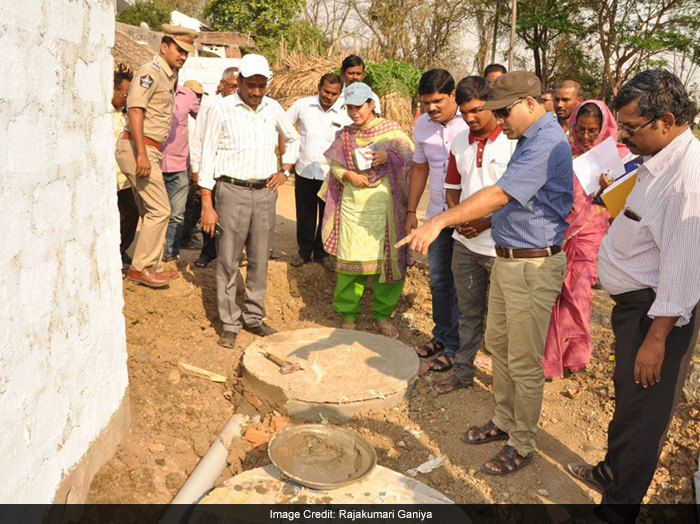 Inspection was carried out during the construction process

“We encountered some villagers who were of the opinion that toilets were not necessary, as they were unable to grasp their importance. Some were also skeptical due to the cost that building toilets would incur. We also encountered some villagers who insisted on building septic tanks as they were under the misconception that leach pits would contaminate the soil. We repeatedly tried to convince them to construct leach pits, but those who were adamant were allowed to construct septic tanks at their own cost,” said Rajakumari.

There were also occasional downpours which brought work to a standstill but that did not deter the workers or the villagers from executing the task.

“We learned many valuable lessons during this whole campaign, the most important one being that people do want access to toilets but lack of funds, planning and monitoring act as major hindrances. This campaign has been an eye-opener, mainly because the large number of toilets constructed in just over 100 hours,” said Yadav.

The number of toilets constructed sound unbelievable, but the precision of the planning, release of funds and availability of construction materials demonstrated that with proper planning and access to materials, open defecation can soon become a thing of the past. 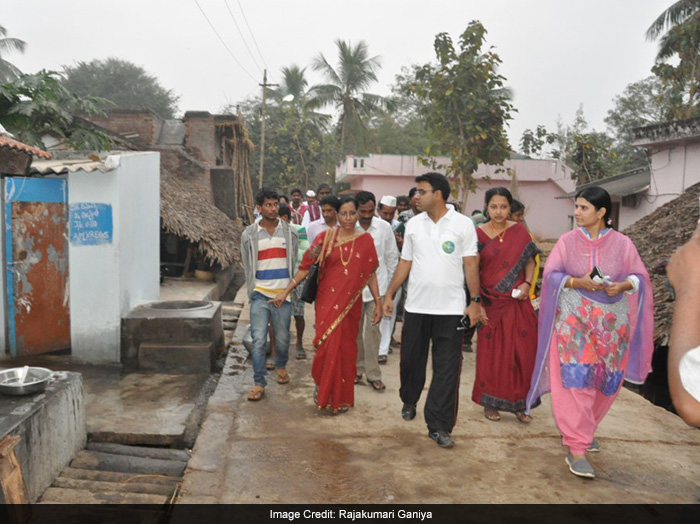 The district administration in planning to construct 20,000 toilets by the end of March 2017, and make the entire district open defecation free by March 2018. The administration is also looking to implement solid waste management procedures and provide drinking water to each household in the district.

“We are looking forward to make the entire district ODF by the end of March 2018 because we now know what plans and processes are needed to take up a toilet building campaign as such a large scale. The success of this campaign means a lot to us and we’ll follow the same model to construct more toilets in the district,” said Rajakumari.

Also Read: This Village Had No Drinking Water, Toilets For Nearly Half A Century

Madurai To Be Open Defecation Free By End Of The Year