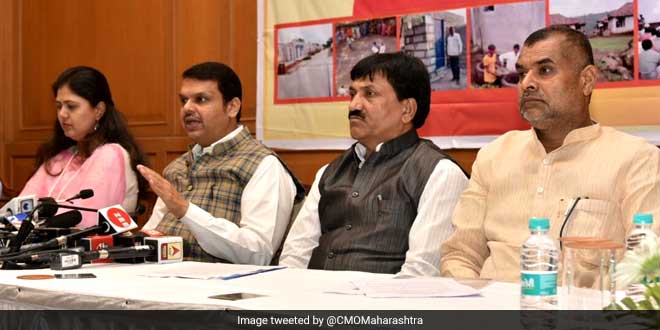 Giving more details on the numbers of toilets constructed in the state, CM Fadnavis added,

In a time of three and a half years, we have built more than 60 lakh toilets in 34 districts, 351 talukas, 21,000 gram panchayats and 40,500 villages. And, I can say with confidence no other state has created as many toilets as we have in these years.

“Providing toilet access to every individual was the focus in the first phase of the Swachh Maharashtra campaign, now the government will work towards in ensuring compulsory usage of toilets by every individual.”

It took 67 years to build 50 lakh toilets and now 60 lakh toilets got constructed in just 3.5 years!
Access to the toilet was the first phase.
Now we have to work towards using of toilets compulsory in the next phase: CM @Dev_Fadnavis#GramSwarajAbhiyan https://t.co/7mdorYkSx0

He said that to ensure the ODF tag the government is conducting campaigns like ‘Darwaza band’ and is creating more and more “Good Morning squad” in rural areas.

“Children in these squads will be armed with whistles and flowers to discourage people from open defecation. They will also be trained to ensure that zero instances of open defecation occur in their respective areas,” said CM Devendra Fadnavis.