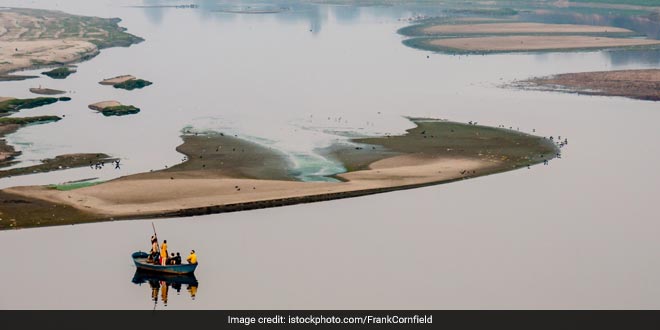 New Delhi: Maharashtra, a state with the largest economy, has the highest number of polluted river stretches in the country, the National Green Tribunal (NGT) has said while directing the chief secretary to submit a quarterly report on compliance with solid waste management rules. Maharashtra also has the most number of cities and towns along polluted stretches, according to a 2015 report and water samples collected from over 30 districts of the state were found to have contaminants, it said.

A bench headed by NGT Chairperson Justice Adarsh Kumar Goel directed the state government to notify at least three major cities, towns and panchayats as “model cities/towns/villages” in every district be notified within two weeks which will be made fully compliant within next six months. The bench said on Monday,

The remaining cities, towns and village panchayats in the state may be made fully compliant in respect of environmental norms within one year.

The NGT was hearing a petition seeking compliance of the Solid Waste Management Rules, 2016 in all states and Union Territories. It also directed that performance audit of all regulatory bodies may be conducted and remedial measures be taken, within six months.

A quarterly report be furnished by the Chief Secretary… First such report shall be furnished by July 10, 2019. Chief secretary may personally monitor the progress, at least once in a month, with all the District Magistrates.

The tribunal also noted that presently Mumbai, Thane and Navi Mumbai have only one water treatment plant each and Mumbai is 71st most polluted city in the world. The tribunal noted,

Unsatisfactory implementation of law is clear from the fact that in spite of severe damage, there is no report of any convictions being recorded against the polluters, nor adequate compensation has been recovered for damage caused to the environment. Steps for community involvement are not adequate. There is reluctance even to declare some major cities as fully compliant with the environment norms. The authorities have not been able to evolve simplified and standard procedure for preparing project reports and giving of contracts. There is no satisfactory plan for reuse of the treated water or use of treated sewage or waste and for segregation and collection of solid waste, for managing the legacy waste or other wastes, etc.

The Plastic Mess: Annual Plastic Waste Generation In India Much More Than It Reports, States CPCB