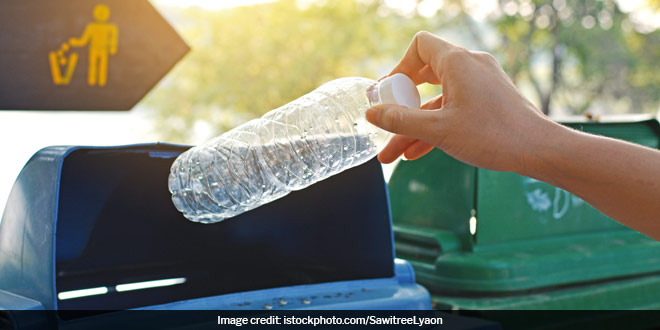 Mumbai: Nearly four months after the Maharashtra government imposed a ban on single-use plastic items, prohibiting people, retail shops and vendors from using plastic items, the government has now announced a strict prohibition of plastic inside religious institutions. State Environment Minister Ramdas Kadam, on Wednesday, said if plastic is found inside the premises of religious places including temples, mosques, churches and gurudwaras, a legal action will be taken against them with an immediate effect. The stern decision comes in after Mr Kadam recently visited the famous Saibaba temple at Shirdi in Ahmednagar district and found some devotees using plastic bags despite the ban in the state.

On his orders, officials of the Shirdi Municipal Council had recovered a fine of Rs 5,000 each from two shop keepers who provided plastic carry bags to devotees. The minister chided municipal authorities for not implementing the ban on plastic bags in the town.

A trust managing a religious place will have to face legal action if the banned plastic items are found inside that religious place or on its premises, Mr Kadam told PTI.

He further said that the ministry, on several instances, have caught people using plastic items for carrying fruits and flowers inside religious places and it is the responsibility of the trusts to ensure a plastic-free region.

Some trusts in the state have allowed vendors to set up stalls selling food and flowers on their land. There have been several instances where the environment ministry found that plastic bags are being used for carrying flowers and food items. Now, the (religious) trusts will face legal action if the banned plastic material is found in their premises, he said.

A few days ago, Mr Kadam had hinted at making the implementation of plastic ban more aggressive by adopting stringent policies. The government is likely to cancel the licences of the shops that will be found in possession of banned plastic items.

We have succeeded up to 60 per cent in imposing plastic ban across the state. Now we want to make it more stringent by cancelling the license of shops if they are found in possession of banned plastic material. A primary level meeting has already been held in Mumbai regarding the cancellation of licences. We will take appropriate action next week on how it is going to be implemented, the minister had informed.

Mr Kadam also highlighted the progress of the ban and said that plastic waste generation in the state has come down by half from the earlier daily generation of 12,000 tonnes in the last four months. He also said the state government has already collected 300 tonnes of banned plastic since the ban came into force and collected Rs 3 crore in fine from violators.

Giving a three-month buffer to the citizens to find plastic alternatives, the state government in March this year had announced ban on the manufacture, use, sale, distribution and storage of plastic materials, such as one-time-use bags, spoons, plates, PET and PETE bottles and thermocol items.

‘It Takes Just A Matchstick’: Punjab Farmers Take The Cheaper Way Out To Deal With Paddy Stubble