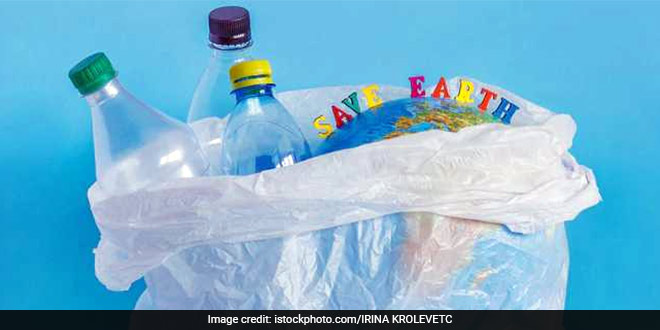 Mumbai: The Maharashtra government wants to make the plastic ban in the state more stringent by cancelling shop licences if such material is found there, state Environment Minister Ramdas Kadam said on Tuesday. He said that a primary level meeting had already been held here to decide on how to go about implementing this new proposal. “We have succeeded up to 60 per cent in imposing plastic ban across the state. Now we want to make it more stringent by cancelling the license of shops if they are found in possession of banned plastic material,” Minister Ramdas Kadam said.

“A primary level meeting has already been held in Mumbai regarding the cancellation of licences. We will take appropriate action next week on how it is going to be implemented,” the minister informed. He said that visible littering of plastic bags had come down since the ban, adding that 290 tonnes of banned plastic had been seized and fines of Rs 2.53 crore collected in this period. The minister said that the Union government was also impressed by the success achieved by the state in banning plastic and had sent a team to Mumbai to explore the possibility of carrying out this ban on a wider scale.

“We have shared information with these (Central) officials. They were impressed with the manner in which Maharashtra implemented the ban. A detailed presentation was made for them regarding our policy,” Mr. Kadam said. He added that there was “little possibility” of extension of time for concession given for the use of some types of plastic which the state plans to ban in a phased manner.

Also Read: A Month After Maharashtra Imposed Plastic Ban, Here’s How Mumbai Is Coping With The Ban

Mr. Kadam said that 12 regional offices of the government had carried out raids to ensure effective implementation of the plastic ban. Sena leader Aaditya Thackeray met Kadam Tuesday and the latter briefed him on the ban’s impact. “We wanted it to succeed and it has made a good impact,” Mr. Thackeray said on the plastic ban.

On March 23, the state government imposed a ban on manufacturing, use, sale, distribution and storage of plastic materials such as one-time-use bags, spoons, plates, PET (Polyethylene Terephthalate) bottles and thermocol items. The ban came into place on June 24 this year. Mr. Thackeray also spoke about project-affected persons residing in the city’s Mahul area which is also home to several refineries. He said that these persons are suffering from pollution-related issues and a “mid-way” solution needed to be found.