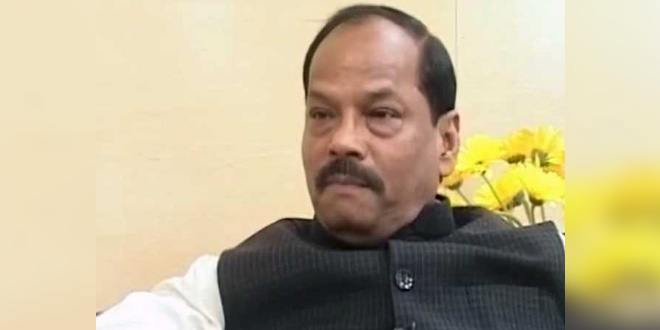 Jamshedpur: Jharkhand Chief Minister Raghubar Das today called on the people from all sections of society to involve themselves in the intensive cleanliness campaign to be launched in the state soon as cleanliness was the responsibility of all. An intensive ‘Swachhata Abhiyan’ (cleanliness campaign) will be launched across the state soon, Chief Minister Das said while talking to newsmen here. The chief minister said it has to be ensured that people from across the society including government officials discharge their responsibility in the campaign as maintaining cleanliness is the responsibility of all.

He also sought co-operation from administrative officers and media in this regard. The chief minister appealed to shopkeepers and traders to install a dustbin at their premises and utilise it.

Mr Das appealed to people, who are still defecating in the open, to build toilets with the help of the government.

While directing the people’s representatives to install solar light in their respective rural pockets, Mr Das asked them to use LED bulbs in household and street light to reduce the energy consumption in the urban areas.

The chief minister directed the administrative officials to identify poor children and emphasise on their education.

The objective was to uplift these families out of Below Poverty Line category as education is the panacea to eradicate poverty, he added. Assuring that the government would bear the cost, the chief minister asked the officials to identify such poor children and enroll them in private or government schools and link the youths with skill development programmes and higher education. The government would also bear the expenses of their education and also provide uniforms and books.

Mr Das also has inspected the venue of Rashtriaya Unity Run to be held on October 31 here.

This Diwali Emissions From Fireworks Fell By Around 40%: Study